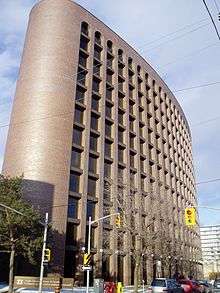 The Public Service Alliance of Canada Building in Ottawa

The Public Service Alliance of Canada (PSAC) is one of Canada’s largest national labour unions, with members in every province and territory. In fact, it is the biggest union in the Canadian federal public sector. PSAC members also work abroad in embassies and consulates.

Many of PSAC’s 172,000 members work for the federal public service, crown corporations or agencies as immigration officers, fisheries officers, food inspectors, customs officers, national defence civilian employees, and the like. However, an increasing number of PSAC members work in non-federal sectors: in women’s shelters, universities, security agencies and casinos. In Northern Canada, PSAC represents most unionized workers employed in the Yukon, Nunavut and the Northwest Territories.

PSAC is headquartered in Ottawa with 23 regional offices across Canada. PSAC's Ottawa headquarters building, designed in 1968 by Paul Schoeler, is a notable example of modernist architecture in Ottawa.[2]

Women in the union

Most founding convention delegates were men. In 1967, PSAC began organizing secretaries, stenographers and typists. By 1976, PSAC had abolished the practice of tying a secretary’s salary to the rank of her boss (a practice known as “rug-ranking”), created an Equal Opportunities Committee to address women's issues and elected Aileen Manion, PSAC's first female national officer.

From 1981 onward, PSAC's Equal Opportunities Committee included all equity-seeking groups. In 1988, PSAC adopted a comprehensive human rights policy. Action committees for members with disabilities and racially visible members started in 1990. By 1999, the union started holding conferences for racially visible members, Aboriginal Peoples and workers with disabilities. In 2004, the first network of Aboriginal, Inuit and Metis members is formed to advance their rights within and beyond the union.

The National President, the National Executive Vice-President and the seven Regional Executive Vice-Presidents form the Alliance Executive Committee (AEC). The AEC is responsible for the day-to-day decisions of the union with respect to finances, overseeing campaigns, mobilizing the membership, advocating on behalf of the membership and advancing the union and its members' rights in the workplace. The AEC meets monthly and as needed.[4] 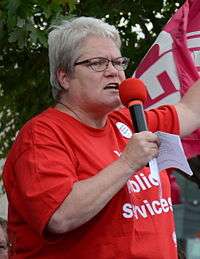