Rachel Marsden (born December 2, 1974) is a conservative political columnist, television commentator and university lecturer, originally from Canada[1][2] but now based in Paris.[3] She is also the CEO of Rachel Marsden Associates, which describes itself as "an international firm headquartered in Paris, France, and Toronto, Canada, with extensive experience in Defense, Intelligence, Politics, Media and Public Affairs issues."[4] A fluent French speaker, she teaches at Sciences Po University in Paris.[5] As of March 2016, she hosts a twice-weekly French-language geopolitical talk show on Sputnik News from the network's Paris studio.[6]

In the 2000s, she was a columnist for publications such as the Toronto Sun[7] and Human Events magazine.[8] Her column is currently syndicated by Tribune Publishing (formerly known as Tribune Media Services).[9]

Marsden grew up in Port Coquitlam, BC.[10] As a high school student at Terry Fox Secondary in 1992, Marsden received a bronze Governor General's Academic Medal .[11]

Marsden was inspired to go into journalism by listening to Canadian radio personality Jack Webster when she was growing up.[12] In 2002, she took a political journalism training course at the National Journalism Center in Washington, DC.[13]

Marsden graduated with a Bachelor of Science degree from Simon Fraser University (SFU) with a minor in French language.[14] As a SFU student, Marsden came to public attention when she was at the center of the Simon Fraser University 1997 harassment controversy, in which she and a swimming coach publicly accused each other of sexual harassment.[15][16] The coach was dismissed, then re-hired by the university after doubts were raised about the credibility of her accusations against him.[12][17] Over ten years later, Marsden was interviewed by the university's newspaper and said of the events: "[The administration] were more interested in quelling negative PR than defending the truth. I was told by SFU to keep quiet and say nothing to the media. My only regret is that I listened to them."[18]

Marsden first broke into journalism in the early 2000s, writing for conservative web sites. In 2002, she worked for the Free Congress Foundation.[19]

Before the 2004 federal election in Canada, she was hired under an alias by Gurmant Grewal, a Conservative member of the Parliament of Canada, to assist his constituency office with press releases, but was forced out when her identity was revealed by the press while her criminal charges were pending.[12]

In 2005, she had a column at National Post for two months.[20] Later that year she was hired by the Toronto Sun as a weekly opinion columnist, and wrote for them until November 2007.[21] Her syndicated column has appeared in the online edition of The Daily Telegraph,[22] The Spectator,[23] and Townhall.com,[24] and reprinted a few times in Wall Street Journal[3] and the New York Daily News.[25] 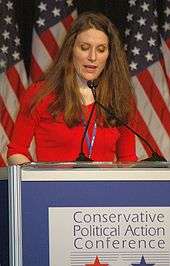 In 2007, she was hired as one of five panelists on Red Eye w/ Greg Gutfeld,[31] a then new late-night talk show that began airing in February 2007 and worked there for five months.[29] On May 30, 2007, Marsden was dismissed from Red Eye and escorted out of the Fox studio by security guards.[29] She explained that her departure was due to a change in the show's format, and that being escorted out was standard procedure.[29] She appeared once in October 2007, as a guest panelist on CNN's The Situation Room.[32] Marsden has been compared to Ann Coulter in opinion, presentation and appearance.[33][34]

In 2009 Marsden moved to France, and since then she has been a regular panelist on LCP Politique Matin, carried on the state-owned parliamentary television channel La Chaîne parlementaire in France.[35] She has appeared as a political analyst on Crosstalk, carried on Russia Today.[36] She currently teaches some classes at Sciences Po as enseignante, or adjunct member of the teaching staff.[37]

In November 2011, she self-published a novel, American Bombshell: A Tale of Domestic and International Invasion[38] through Createspace. 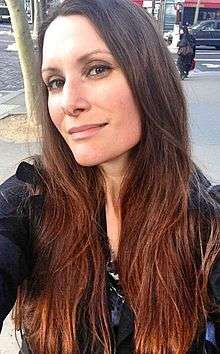 In 1997 Marsden came to public attention for her role in the Simon Fraser University 1997 harassment controversy.[10] In 2004, Marsden pleaded guilty to harassment of her boyfriend, a Vancouver radio show host, following a breakup; she was given a conditional discharge with one year of probation. In Canada, a conditional discharge is a sentence passed in criminal court in which an individual is found guilty of an offence but is deemed not to have been convicted.[19][39]

In September 2007, a relationship between Marsden and an Ontario Provincial Police officer ended. She posted his photo and identified him on her blog as an anti-terrorism officer and claimed he had leaked secret anti-terrorism documents to her.[40] The officer filed a complaint of harassment against Marsden, but this was later dropped. The OPP launched a separate internal investigation into the alleged conduct of the officer, whose lawyer described this as having cleared him of any wrongdoing.[10][30][41]

Marsden contacted Wikipedia co-founder Jimmy Wales in 2006, claiming that her Wikipedia biography was libelous. Wales stated his involvement with her article was handled through the normal channels, and was "routine". He also says he "recused [himself] from any further official action", after their relationship became personal.[42][43] On February 29, 2008, the technology gossip blog Valleywag claimed Wales and Marsden had entered into a relationship, and published instant messaging chats they allegedly exchanged.[44] On the following day Wales announced on his Wikipedia user page that he was no longer involved with her. In return, Marsden, who claimed to have learned about the breakup by reading about it on Wikipedia, turned to eBay and put up for auction a T-shirt and sweater with white stains that she claimed belonged to Wales.[16][43][45][46][47][48][49]

This article uses content licensed under the GFDL from deleted revisions of Wikipedia's article on Rachel Marsden. A list of previous authors of the page can be found at Talk:Rachel Marsden/GFDL History.