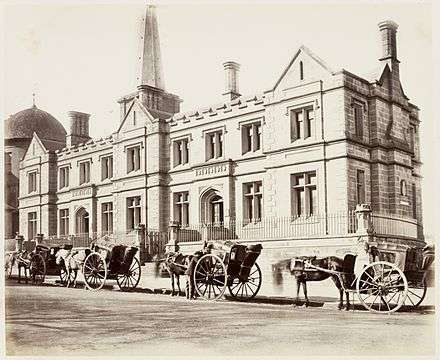 General Register Office (GRO) is the name given to the civil registry in England and Wales, Scotland, many other Commonwealth nations and Ireland. As such, the GRO is the government agency responsible for the recording of vital records such as births, deaths, and marriages. The director of a General Register Office is titled Registrar General.

The Australian states and territories and New Zealand also have similar registries for birth, death and marriage.[1][2][3][4][5][6] These agencies are usually subordinate of the state attorney general department's or state department of justice.[1][2][3][4][5][6] The Hong Kong Government also established a registrar general after the British acquired Hong Kong in 1841; the post was later renamed the Secretary of Chinese Affairs in 1913.