Samuel Untermyer was born in Lynchburg, Virginia but after the death of his father the rest of the family moved to New York City. He was educated at the College of the City of New York and received his LL.B. from Columbia Law School in 1878.[1]

Untermyer was promptly admitted to the bar, and started practice with his half-brother Randolph Guggenheimer in New York city. A younger brother, Maurice Untermyer, was later admitted, and then in 1895 Louis Marshall joined and the name was changed to Guggenheimer, Untermyer & Marshall, a name it held for 45 years.

After admission to the bar, he soon gained fame as a lawyer, focusing on corporate law. Untermyer became a staunch advocate of stock market regulations, government ownership of railroads, and various legal reforms. He was also a prominent Zionist leader and the first attorney to earn a million dollars on a single case. He is also remembered for donating his home to the people of Yonkers, New York. The property is now known as Untermyer Park.

Untermyer frequently attended the Democratic National Convention as a delegate. As an active Zionist, Untermyer was also an able advocate for the Zionist liberation movement, and was President of the Keren Hayesod, the agency through which the movement was conducted in America.[1] 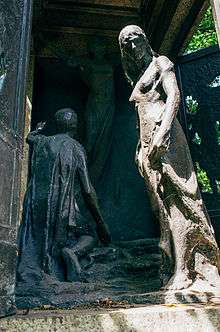 Between the start of his practice and the end of 1921, Samuel Untermyer was counsel in many celebrated cases covering almost every phase of corporate, civil, criminal and international law, specifically:[1][3] 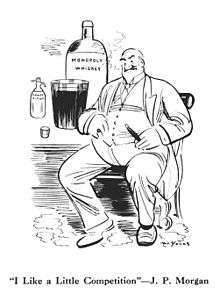 "I Like a Little Competition" – J.P. Morgan by Art Young. Cartoon relating to one of J.P. Morgan's replies to Untermyer at the Pujo Committee.[4] 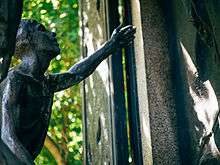 Untermyer also advocated the Zionist movement and was President of the Keren Hayesod, the agency through which the movement was then and still is conducted in America.[1]

Part of Untermyer Park, the former estate of Samuel Untermyer

Untermyer developed elaborate gardens at his 150-acre riverside estate "Greystone", in Yonkers, New York, on land adjacent to the Hudson River.[6] Greystone had previously been owned by defeated Presidential candidate Samuel Tilden, and was purchased by Untermyer when Tilden died in 1899. When Untermyer himself died in 1940, his plan had been to donate the whole estate to the Nation, or the State of New York, or at least to the City of Yonkers. Eventually the city of Yonkers agreed to accept part of the estate gardens; this parcel of land was renamed Untermyer Park in his honor.[7] It was added to the National Register of Historic Places in 1974.[8]

Untermyer was born in Lynchburg, Virginia on March 6, 1858 to Isadore Untermyer and Therese Laudauer, both of whom were German Jews who emigrated to the United States from their native Bavaria. His father, who had been a lieutenant in the Confederate Army, died in 1866, soon after the close of the Civil War. The family then moved to New York City.

On August 9, 1880 he married Minnie Carl, daughter of Mairelius Carl of New York City. They had three children, Alvin, who served in the 305th Field Artillery in France during the Great War; Irwin, a justice of the Appellate Division of the New York State Supreme Court, and Irene, a philanthropist who married Louis Putnam Myers and, after his death, became the wife of Stanley Richter. Upon the outbreak of World War I, Untermyer, his wife, and two servants were vacationing in Carlsbad, Germany, and returned to the United States aboard the Baltic via London in late August.[9] 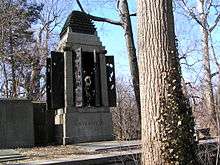 The gravesite of Samuel Untermyer in Woodlawn Cemetery

Untermyer died March 16, 1940, in Palm Springs, California. His body was interred at a family plot that he established in Woodlawn Cemetery, Bronx, New York, which features sculpture by Gertrude Vanderbilt Whitney.[10] His obituary was published in the New York Times (March 17, 1940, pg 1).