Sophie Amalie of Brunswick-Lüneburg (24 March 1628 – 20 February 1685) was queen of Denmark and Norway as the consort of the King Frederick III of Denmark.

Sophie Amalie was born at the Herzberg Castle, in Herzberg am Harz. Her parents were George, Duke of Brunswick-Lüneburg and his wife Anne Eleonore of Hesse-Darmstadt. Nothing is known of her childhood.

Sophie Amalie married Prince Frederick in Castle Glücksburg on 1 October 1643 and lived in Bremen. The marriage was arranged in 1640 as it was considered suitable for the current situation of the groom: he was, at that point, archbishop of Bremen and not heir to the throne. It is believed to be a policial match, though the exact purpose of it is unknown. In 1646–47, they lived in humble circumstances in Flensborg, after having been forced to flee Bremen during the war between Denmark and Sweden. In 1647, Frederick was elected heir to the Danish throne, and the following year, she followed him to Denmark.

She became Queen of Denmark in 1648. They had 8 children, including King Christian V of Denmark and Ulrike Eleonora of Denmark who married King Charles XI of Sweden. 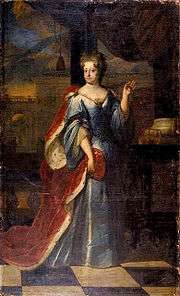 Portrait of Sophie Amalie as queen by an unidentified artist, c. 17th century

Sophie Amalie loved hunting and, in spite of the dire financial situation of the Kingdom, she was the centre of a sumptuous court life, with exclusive luxury items and grand parties, which shed glory on the royal power. She enjoyed fashion, parties and theatre, arranged masquerades and made the French taste fashionable in Denmark. As her husband was introverted, she became the centre of the social life at court. Among her favorite courtiers and intimate friends were Abel Cathrine.

She remodelled the court after a French and German pattern. In 1649, a large order of items arrived for the new court life she arranged, followed also by new staff and new positions. She hired a German chapel master, Kaspar Förster, a French violin orchestra, a French ballet master, D. de Pilloy, and a French court singer and dancer, Anne Chabanceau de La Barre. The Spanish Ambassador, Bernardino de Rebolledo, dedicated her his poems. Ballet, masquerades and theatre performances were performed, and she and her children participated in amateur theatre with the nobility: in 1655, she performed five different parts in a ballet at the same occasion. The waste of money in a poor society was not well received by the public. 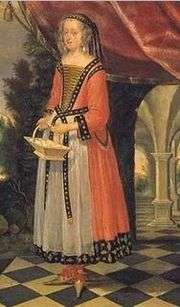 Sophie Amalie dressed in theatrical garb, as part of the theatre of court by Heimbach

In the first part of Frederik III's reign, and later during the reign of her son Christian V from 1670, Sophie Amalie had influence on political decisions. She was interested in politics and collected followers and a net of influential contacts by handing out favours. In the early 1650s, she was active in the power struggle with Corfitz Ulfeldt and Leonora Christina Ulfeldt, who had become a humiliating threat to the position of the Royal Couple. She did not get along with her husband's half sisters, and her arguments with them are famous. She was the first queen in over 30 years, and she could never stand the half sisters of her spouse, who had fulfilled the position of first lady during their father's reign.

Baron Ludvig Holberg said about her that she had "the capacity of a statesman" and "the heart of a soldier" but also that she was "more admired than loved" and that she went too far in her hatred toward Leonora Christina.[1]

Sophie Amalie is thought to have initiated the war against Sweden in 1657. Sophie Amalie probably took part in the decision to introduce the absolute monarchy by the 1660 state of emergency in Denmark. This happened while the popularity of the royal couple was at its highest after the Swedish siege of Copenhagen in 1658–60. She was very popular at that point for her moral support during the siege. Like Frederick, she had the ambition to curb the power of the nobility in favor of the crown. She participated in many confiscations of the royal house from the nobility. In 1662, she confiscated the property of Kai Lykke after he claimed she had sex with her servants. She also confiscated the property of the Ulfeldt couple. In 1663, she had Leonora Christina Ulfeldt imprisoned in the Blåtårn, and refused to release her as long as she herself was still alive.

However, her influence somewhat deteriorated after the introduction of the new constitution of 1665, the Kongeloven, of which content she had not been informed. Nor was she, in 1664, included in the regency in case of a guardian government should her son succeed being still a minor. The reason for why her spouse no longer relied so much upon her advise in the latter part of his reign, is likely the instability in the foreign policy caused by her indecisiveness as to weather her goals to reconquer the Southern Provinces from Sweden would be best benefited with an alliance with France or the German-Roman Empire. Another cause was her favoritism of her younger son and her ambition to secure marriages of the highest status possible for her daughters.

In 1670, Frederick III died and was succeeded by her eldest son Christian V. During the first years of her son's reign, she acted as his political adviser and was trusted by him with state affairs, but he eventually separated himself and his government from her influence. She spent more time on her dower Nyköbing slot, and was in conflict with her daughter-in-law, the new queen, of matters of precedence. In 1675, she secured the controversial marriage of hr daughter Ulrika Eleonora to the king of Sweden, a match that was finally concluded in 1680.

The palace Sophie Amalienborg was built between 1669 and 1673 where Amalienborg Palace is situated presently. She mostly lived there after she was widowed.

She died in Copenhagen and was buried in the Roskilde Cathedral.