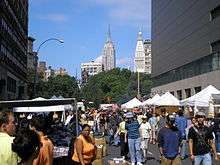 The principal component of street fairs are booths used to sell goods (particularly food) or convey information; sometimes they have carnival rides and parades, as well. Many have live music and dance demonstrations.[1]

They are usually no more than a few blocks long, although some fairs, such as the 9th Avenue International Food Festival in New York City and the Solano Stroll in Northern California extend more than a mile. A fair only one block long is commonly called a block party. 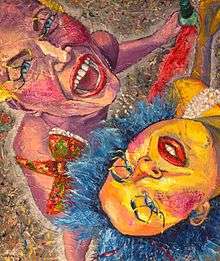 Painting of two women having fun at a street fair. 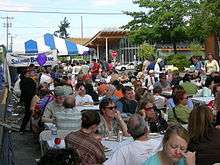 A street fair in the historically seafaring neighborhood of Ballard, Seattle, Washington

Street fairs vary greatly in character, even within one city. Annual street fairs in Seattle, for example, include the University District Street Fair, featuring the work of numerous craftspeople, and requiring that the person who actually made the goods that are for sale must be present in their own booth; the Fremont Fair features crafts from around the world, as well as the Summer Solstice Parade and Pageant, famed for its painted naked cyclists. In the same city, the Capitol Hill Block Party fences off several blocks, charges admission, and features many of the city's best known rock bands while the Chinatown-International District Summer Fair has a distinctly Asian-American and Pacific Islander flavor, with taiko drummers, martial arts demonstrations, and Hawaiian dance.

In Belgium, street fairs are known as braderies, which translates to roasting; a reference to the frequent roasting of meat at these events. 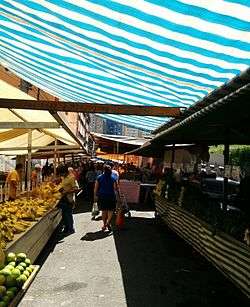 A street fair at São Paulo.