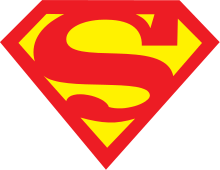 The Superman dynasty, an extension of the House of El, is a lineage of DC Comics superheroes. The term is used for the descendants of Kal-El, the original Superman, who continue to uphold his legacy of heroism well into the 853rd century, as depicted in the DC One Million crossover. Repeated references to members of the Superman dynasty as Superman's "descendants" and at least one reference to them as the "blood of his blood" would seem to indicate that they are, in fact, the biological descendants of Superman in some fashion.

The Superman dynasty starts with the House of El, and Kal-El. Unable to save Krypton, Jor-El would decide to send his only son to Earth. Under the yellow sun, Kal-El became the first super powered Kryptonian known as Superman. Superman would be later joined by Kon-El (clone), who would become known as Superboy, and Kara Zor-El (cousin), who would become known as Supergirl, as well as Kara Zor-L, also known as Power Girl, the Earth-Two counterpart of Supergirl, and the Eradicator, an artificial intelligence created by Kem-L.

In the future timeline of DC One Million, Superman will leave Earth at the end of the 21st century when the sadness that grows in him upon the death of Lois Lane compels him to wander the universe alone. In his place, he leaves his "heir," who is called Superman Secundus. From that point on, descendants of Superman continue to protect his adopted homeworld for centuries, with at least one Superman emerging in each generation. As time passed, and more sources of power were discovered, new superpowers were added to the inheritance of the Supermen. Among these powers are the ten alien sensory powers brought into the lineage by the marriage of the Superman of the 67th century and Gzntplzk, queen of the 5th dimension (home in the 20th century to Mister Mxyzptlk), including super-ESP. Their powers were increased significantly again at the dawn of the 700th century, when the original Superman finally returned from his wandering and took up residence in Earth's sun, and entered into a pact with the Superman of that time to provide them access to the vast powers he had gained in the 68,000 years he had been gone, in return for the dynasty's vow to continue to protect Earth.

The members of the Superman dynasty continued to be at the forefront of superheroism for centuries, leading such groups as the Office of Deputy Superhunters in the 250th century, the Justice League of the Atom (sometime after the 364th), and Justice Legion Alpha in the 853rd. A number of Supermen from different eras, including the Superman of the 853rd century, also formed a team called the Superman Squad which travelled through time fighting threats to the timestream. A Superman even joined the Pancosmic Justice Jihad, but soon left over "policy issues."

A notable victory of the dynasty and its allies was the defeat of the Bizarro plague in the 250th century, but over time it has been agreed that the dynasty's greatest foe has been Solaris, the Tyrant Sun.