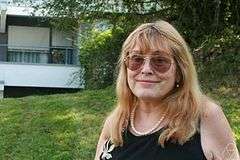 Susan Jean Friedlander (born January 26, 1946 in London as Susan Poete) is an American mathematician. She is a professor of mathematics at the University of Southern California, the director of the Center for Applied Mathematical Sciences at USC, and the editor in chief of the Bulletin of the American Mathematical Society.[1] Her research concerns fluid dynamics and partial differential equations.

Friedlander graduated from the University of London in 1967. She earned a master's degree from the Massachusetts Institute of Technology in 1970, and completed her doctorate in 1972 from Princeton University, under the supervision of Louis Norberg Howard.[1][2] She joined the faculty of the University of Illinois at Chicago in 1975, and moved to USC in 2007.[1] In 2005, she became the first female editor-in-chief of the Bulletin of the American Mathematical Society.[3]

Her husband is another mathematician, Eric Friedlander.[3]