Systemic functional linguistics (SFL) is an approach to linguistics that considers language as a social semiotic system. It was developed by Michael Halliday, who took the notion of a system from his teacher, J. R. Firth. Whereas Firth thought systems referred to possibilities subordinated to structure, Halliday, in a sense, "liberated" the dimension of choice from structure and made it the central organising dimension of this theory. In other words, where many approaches to linguistic description place structure and the syntagmatic axis in the foreground, Hallidean systemic functional theory adopts the paradigmatic axis as its point of departure. The term systemic accordingly foregrounds Saussure's "paradigmatic axis" in understanding how language works.[1] For Halliday, a central theoretical principle is then that any act of communication involves choices. Language is a system, and the choices available in any language variety are mapped using the representation tool of the "system network". 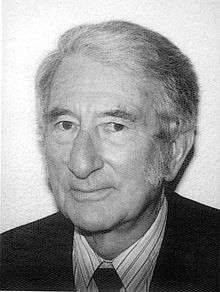 For Halliday, all languages involve three generalised functions, or metafunctions: one construes experience (meanings about the outer and inner worlds); one enacts social relations (meanings concerned with interpersonal relations), and one weaves together these two functions to create text (the wording). Because these functions are considered to come into being simultaneously—viz., one cannot mean about the world without having either a real or virtual audience—language must also be able to bring these meanings together: this is the role of structural organisation, be that grammatical, semantic or contextual. These three generalised functions are termed "metafunctions".[2]

The point of departure for Halliday's work in linguistics has been the simple question: "how does language work?". Across his career he has probed the nature of language as a social semiotic system; that is, as a resource for meaning across the many and constantly changing contexts of human interaction. In 2003, he published a paper setting out the accumulated principles of his theory, which arose as he engaged with many different language-related problems. These principles, he wrote, "emerged as the by-product of those engagements as I struggled with particular problems",[3]:1 as various as literary analysis and machine translation. Halliday has tried, then, to develop a linguistic theory and description that is appliable to any context of human language. His theory and descriptions are based on these principles, on the basis that they are required to explain the complexity of human language. There are five principles:

The notion of system in linguistics

As the name suggests, the notion of system is a defining aspect of systemic functional linguistics. In linguistics, the origins of the idea go back to Ferdinand de Saussure, and his notion of paradigmatic relations in signs. The paradigmatic principle was established in semiotics by Saussure, whose concept of value (viz. “valeur”), and of signs as terms in a system, “showed up paradigmatic organization as the most abstract dimension of meaning”.[1]System is used in two related ways in systemic functional theory. SFL uses the idea of system to refer to language as a whole, (e.g. "the system of language"), a usage that derives from Hjelmslev.[4] In this context, Jay Lemke describes language as an open, dynamic system. There is also the notion of system as used by J.R. Firth, where linguistic systems are considered to furnish the background for elements of structure.[5] Halliday argues that system in the sense Firth used it was a conception only found in Firth’s linguistic theory.[6]

In this use of system, grammatical or other features of language are considered best understood when described as sets of options. According to Halliday, "the most abstract categories of the grammatical description are the systems together with their options (systemic features). A systemic grammar differs from other functional grammars (and from all formal grammars) in that it is paradigmatic: a system is a paradigmatic set of alternative features, of which one must be chosen if the entry condition is satisfied."[7]

System was a feature of Halliday's early theoretical work on language. He considered it one of four fundamental categories for the theory of grammar—the others being unit, structure, and class.[8] The category of system was invoked to account for "the occurrence of one rather than another from among a number of like events".[9] At that time, Halliday defined grammar as "that level of linguistic form at which operate closed systems". [10]

In adopting a system perspective on language, systemic functional linguistics have been part of a more general 20th- and 21st-century reaction against atomistic approaches to science, in which an essence is sought within smaller and smaller components of the phenomenon under study. In systems thinking, any delineated object of study is defined by its relations to other units postulated by the theory. In systemic functional linguistics, this has been described as the trinocular perspective. Thus a descriptive category must be defended from three perspectives: from above ("what does it construe?" "what effect does it have in a context of use?"), below ("how is this function realised?") and round about ("what else is in the neighbourhood?" "what other things does this thing have to interact with?"). This gives systemic functional linguistics an affinity with studies of complex systems.

The label systemic is related to the system networks used in the description of human languages. System networks capture the dimension of choice at each stratum of the linguistic system to which they are applied. The system networks of the lexicogrammar make up systemic functional grammar. A system network is a theoretical tool to describe the sets of options available in a language variety; it represents abstract choice and does not correspond to a notion of actual choice or make psychological claims. Formally system networks correspond to type lattices in formal lattice theory, although they are occasionally erroneously mistaken for flowcharts or directed decision trees. Such directionality is always only a property of particular implementations of the general notion and may be made for performance reasons in, for example, computational modelling. System networks commonly employ multiple inheritance and "simultaneous" systems, or choices, which therefore combine to generate very large descriptive spaces.