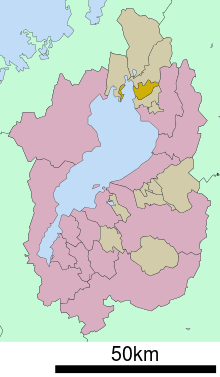 Location of Takatsuki in Shiga pprefecture