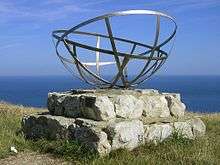 Particularly because of its later change of name to Royal Radar Establishment, TRE is best known for work on defensive and offensive radar. TRE also made substantial contributions to radio-navigation and to jamming enemy radio-navigation. Radar dominates the history.

The development of radar in the United Kingdom was started by Sir Henry Tizard's Committee for the Scientific Survey of Air Defence in 1935. Experimental work was begun at Orfordness near Ipswich. The research group moved to the nearby Bawdsey Research Station (BRS) in 1936. It moved from there to the University College at Dundee in 1939 as the Air Ministry Research Establishment (AMRE). Then, in May 1940, it moved to Worth Matravers as the Ministry of Aircraft Production Research Establishment (MAPRE). It was established as the central research group for RAF applications of radar. The name was changed to the Telecommunications Research Establishment (TRE) in November 1940. The site was four miles west of Swanage, south-west of Poole.

In parallel with these technical developments, the Ministry of Home Security developed a plan, early in 1939, "to evacuate the critical functions of government out of London" if a threat of air raids developed. A site was purchased in Malvern for the Ministry itself. Although it was not developed, the location had become well known to defence officials.[1] The Air Ministry acquired jurisdiction, and used the site for a Signals Training Establishment, housed in prefabricated one storey buildings. In May, 1942, the Radar Research and Development Establishment (RRDE) was set up on the site, to develop truck mounted early warning radars.

In May 1942, the Telecommunications Research Establishment also moved to Malvern, taking up residence in the buildings of Malvern College, an independent boys' boarding school. The move which was carried out in great urgency, is described in detail by Reginald Jones in his book Most Secret War: British Scientific Intelligence 1939-1945.[2]

In the second week of February, 1942, the German battleships Scharnhorst and Gneisenau escaped from Brest in the Channel Dash, undetected until they were well into the English Channel, because German ground forces had gradually increased the jamming of British radar over a period of weeks. The British command had not realized this was happening. In the aftermath, Lord Mountbatten and Winston Churchill approved plans for a raid on the German radar station at Bruneval, near Le Havre. The landing party included D. H. Priest, of TRE. The Bruneval raid (also called the Biting raid) captured a German Wurzburg radar system and a radar operator. These were taken to TRE. During the weeks that followed, the British authorities became concerned that the Germans would retaliate in kind. When intelligence reported the arrival of a German paratroop battalion across the Channel, the staff of TRE pulled out of the Swanage site in a period of hours.

At the end of the war TRE moved from Malvern College, to HMS Duke, a Royal Navy training school,[3] about a mile away in St. Andrews Road adjacent to the area of Barnards Green.

Radio navigation (navigational beam) systems are based on the transmission of pulsed radio beams that are detected by aircraft. R. J. Dippy devised the GEE (also called AMES Type 7000) radio navigation system at TRE, where it was developed into a powerful instrument for increasing the accuracy of bombing raids.

The counter measure to radio navigation was jamming. R. V. Jones was the MI6 science advisor and TRE staff worked closely with him, in countering the Luftwaffe's navigational beam technology to hamper the enemy's ability to do pinpoint night bombing raids in what has become known as the "battle of the beams". Robert Cockburn of the TRE was responsible for the development of the Jostle IV radio jammer - the most powerful jammer device used over Europe. At 2 kW output it could block all VHF transmissions over 32-48 MHz. However, enclosed in its own pressurised container, (to prevent arcing of the high voltages inside), it was large and at 600 lb took up the entirety of the bomb bay of the Boeing Fortresses used by No. 100 Group RAF. Due to the high transmitter power, test flights had to be carried out in the vicinity of Iceland, otherwise the jamming would have blanked out all frequencies in the specified range, over a large area, as well as giving the Germans warning of the impending arrival of a jamming system.

The development of radar for defensive and offensive operations was of paramount concern during the war. Early work was on Airborne Interception radar (AI) able to be carried in night fighters and used for locating enemy aircraft in the dark, as Britain was soon facing The Blitz. The first tests had been carried out as early as 1936-7 using a Handley Page Heyford and later an Avro Anson at the initial suggestion of Henry Tizard then Chairman of the Aeronautical Research Committee. Initial aircraft used operationally were Bristol Blenheims converted to fighters with belly gun packs, followed by a brief usage of the AI-equipped Turbinlite Douglas Havoc paired with Hawker Hurricanes, but later the Bristol Beaufighter was chosen, followed by the de Havilland Mosquito which later became the standard RAF night fighter for the remainder of the war. Initial versions of AI were metric-wavelength, the antennas being arrow-shaped or dipoles, later centimetric versions used a rotating paraboloid aerial carried under a streamlined nose radome. Airborne Interception radar progressed from the initial AI Mk I version to the AI Mk 24 Foxhunter used in the Panavia Tornado.

Parallel work was carried out on Air-to-Surface-Vessel (ASV) types for use by Coastal Command aircraft for hunting U-boats at sea, initially using the Lockheed Hudson equipped with an early version of ASV. Success with the new equipment led to the fitment to Vickers Wellingtons and Short Sunderlands, the early metric-wavelength ASV-equipped types carrying an array of transmitting and receiving "Stickleback" aerials on the rear fuselage top and sides and under the wings. Later a version of the centimetric-wavelength H2S was used. ASV-equipped aircraft such as the Wellington, Sunderland, Catalina and Liberator, were to make a substantial contribution to winning the Battle of the Atlantic for the Allies. ASV-equipped Fairey Swordfish and Fairey Barracudas were carried onboard aircraft carriers, the Swordfish being flown from the smaller escort carriers where they formed a valuable anti-submarine presence when used over the numerous North Atlantic convoys.

The H2S radar used the newly developed cavity magnetron. It was carried by RAF bombers to identify ground targets for night and all-weather bombing. Initial trials were with a Handley Page Halifax and despite setbacks the equipment later became a standard fitting on Halifaxes, Short Stirlings and Avro Lancasters. It was also fitted to the post-war Vickers Valiant, Avro Vulcan, Handley Page Victor, and bomber versions of the English Electric Canberra. H2S in its final form of H2S Mk 9 was still being used on Vulcans as late as the 1982 Falklands War. C. E. Wynn-Williams worked on these navigational radars, but was transferred to cryptographic work at Bletchley Park.

The Oboe blind bombing system was designed and developed by Frank Jones at TRE in collaboration with Alec Reeves at the Royal Aircraft Establishment. Oboe was fitted to high-flying Pathfinder Mosquitoes.

The Automatic Gun-Laying Turret (AGLT) was an airborne radar used in bombers by the gunners against attack by fighter planes. It was designed by Philip Dee and developed by Alan Hodgkin. The device allowed a turret gunner to fire at and hit a target without ever needing to see it. Known by the codename 'Village Inn', the AGLT was installed in a number of Lancasters and Halifaxes and used operationally during the war, and was also fitted on some post-war Avro Lincolns.

Radar trainers were designed and developed by Geoffrey Dummer.

The priority that Winston Churchill placed on the development and deployment of radar is described by Sir Bernard Lovell:[4] Every day [Sir Robert Renwick] would phone [Lovell] or Dee, asking "any news, any problems" [and these would be] dealt with by Renwick's immediate access to Churchill.

Radar jamming was developed by Robert Cockburn. The resulting devices, such as Mandrel, Carpet, Piperack, and Jostle, were carried or used by aircraft of No. 100 Group RAF for radio countermeasures and ECM purposes to combat the increasing German night fighter force then opposing the RAF night attacks on Germany.

Cathode ray tubes, for radar display, and a variety of electronic components were developed under direction of Geoffrey Dummer.

In 1942 the staffing level was about 2000 people; by 1945 increased electronics production had increased this number to around 3500 staff.

This was renamed the Royal Radar Establishment in 1957.

It became the Royal Signals and Radar Establishment in 1976 when the Army Signals Research and Development Establishment (SRDE) moved to Malvern.

It was made part of the Defence Research Agency (DRA) in April 1991.

This was renamed Defence Evaluation and Research Agency (DERA) in April 1995.

In July 2000 it was split into two entities comprising the private sector company QinetiQ, and the wholly government owned Defence Science and Technology Laboratory (Dstl).

Staff and their contributions