Tha Dogg Pound is an American hip hop duo formed in 1992, made up of West Coast rappers Daz Dillinger (formerly Dat Nigga Daz) and Kurupt. They were signed to Death Row Records in their early careers and were key to the label's success. The duo made their first appearance on Dr. Dre's highly acclaimed debut album The Chronic (1992), appearing on several songs. They also appeared on Snoop Dogg's debut album Doggystyle (1993), and the Death Row soundtracks Murder Was the Case and Above the Rim. Their debut album Dogg Food was released in 1995. It was another addition to the controversy of hardcore hip hop due to the sexual and violent lyrics and went on to sell two million albums.

Kurupt and Daz went on to release solo albums starting in 1998. They both eventually left the crumbling Death Row Records in 1999. Daz left due to long-lasting internal struggles on the label after friend and labelmate Tupac Shakur's murder in 1996. Kurupt started Antra Records, while Daz and Soopafly started D.P.G. Recordz. In 2002 a feud arose between the two when Kurupt decided to sign back with Death Row Records, upsetting everyone involved with the group. His awaited Death Row release Against Tha Grain had been postponed several times while Kurupt was on the label, later being released in August 2005, after he was off. In January 2005, Daz made another solo album release titled Tha Dogg Pound Gangsta LP. Tha Dogg Pound then got back together as a group and released Dillinger & Young Gotti II in November 2005. In 2006 Snoop Dogg decided to get involved and the three released their official reunion album Cali Iz Active.

Between 1993-1994, the group assisted Hammer on his The Funky Headhunter album (such as the song "Sleepin' on a Master Plan" and others), along with Suge Knight and the Whole 9.

In 1995, they released their debut album Dogg Food under Death Row Records. The album debuted #1 on the Billboard 200 and went on to reach 2x platinum status. It was quite a success. "Let's Play House" was the biggest hit, breaking into the Top 50 of the Hot 100, while "New York, New York" was an MTV favorite; in the video for the latter, Kurupt, Daz, and Snoop stomped Godzilla-like around the Big Apple, taunting their East Coast rivals. In the October that followed, towards the end of the same year, Tupac Shakur had been bailed out of jail by Death Row's Suge Knight in exchange for releasing his following four albums on Death Row Records.

In 1996, Tha Dogg Pound were featured on 2Pac's legendary, and widely acclaimed Death Row Records debut album All Eyez on Me with Kurupt featured in "Got My Mind Made Up" and "Check Out Time" and Daz Dillinger producing the hit songs "2 Of Amerikaz Most Wanted", "Ambitionz Az A Ridah", and "I Ain't Mad At Cha" among other tracks which solidified his status as a talented and successful producer. In early September of the same year, Shakur was murdered in Las Vegas, Nevada. Kurupt and Daz were deeply affected by this and struggled to release anything after Shakur's passing. 7 years later in a 2003 interview, Daz stated that he now believed Suge Knight was responsible for Shakur's murder. They remained active thereafter, rapping on Snoop's Tha Doggfather in 1996. Tha Dogg Pound was an integral part of the Death Row Records empire, which cast a tall shadow over rap music in the early to mid-'90s.

In 1997 Kurupt left Death Row but remained in Tha Dogg Pound. Kurupt released two solo albums in 1998 (Kuruption!) and 1999 (Tha Streetz Iz a Mutha) that had Daz Dillinger and the rest of DPG on them. However, in 1998 Daz was making noise of his own over at Death Row and released his only Death Row album (Retaliation, Revenge and Get Back) which went gold. Afterwards he made his own label called Mobstyle Muzik, in which he had his first taste of the independent scene. Mobstyle's first release Poppa Snoop Presents Mobstyle Muzik Volume 1 failed and Daz returned to Death Row. He later started up DPG Recordz along with Christopher "Big C-Style" Bowden through Death Row Records.

Daz also eventually parted ways with Death Row in late 1999 and released his first independent album R.A.W. in 2000. That was followed by the D.P.G. album from Tha Dogg Pound entitled Dillinger & Young Gotti. After Tha Dogg Pound's full departure from Death Row, Suge Knight claimed ownership of the name "Tha Dogg Pound" and any tracks recorded prior to them leaving. To avoid a legal battle at the time Daz changed their marketing name to D.P.G. short for Dogg Pound Gangstaz. In 2001, Suge Knight released a Dogg Pound album entitled "2002" which consisted of unreleased Dogg Pound tracks. Daz has been quoted as saying this album was "bullshit", and even claimed to have raided Death Row Records vaults during one of Suge Knight's incarcerations and stole back as many DPG songs as he could find. Most of which were Soopafly's songs and featured on his 2001 solo album Dat Whoopty Woop.

Over the years Tha Dogg Pound had beef with Bone Thugs-N-Harmony, due to Death Row Records being embroiled in a feud with Eazy-E's Ruthless Records. Tha Dogg Pound made a diss towards The Bone Thugs, on the song "Dogg Pound Gangstaz", with Kurupt's line "Ain't got no love for no hoes in harmony." In response Layzie Bone shot back on the track "Shotz to tha Double Glock" with the line "Dogg Pound hoes it's on." "Krayzie Bone says "Gotta find these 'Row Hoes" in the song "Mo' Murda" off the East 99 album. The feud ended when Snoop Dogg and Kurupt were featured on Krayzie Bone's album Thug Mentality 1999 in the song "The War Iz On." Kurupt was featured on Flesh-N-Bone's song "Kurupted Flesh" on the 5th Dog Let Loose. Krayzie Bone also featured on Daz Dillinger's 2008 solo album Only on the Left Side on the song "Meal Ticket" and later on the song "Money Fold'N" on Tha Dogg Pound's 2009 album That Was Then, This Is Now.

The duo engaged in yet another conflict, the beef Suge and new signee 2Pac initiated against Bad Boy Entertainment's Puff Daddy and Notorious B.I.G.; Daz and Kurupt would expand the feud to include Capone-N-Noreaga, Tragedy Khadafi and Mobb Deep with their Snoop-assisted single "New York, New York."

In late 2002, Kurupt shocked the entire DPGC and fans alike, when he accepted the job of executive producer at Deathrow Records. Daz, Soopafly, Snoop Dogg, and the rest of DPGC viewed this as betrayal and took many shots and dissed Kurupt harshly for making the move. Kurupt did the same claiming they all were wrong to have turned their backs on Death Row. They declared war between both camps and that he was not the one who changed, rather them.

The rap duo heavily dissed each other from 2003 to late 2004, both recording diss albums against each other. Daz took aim at Kurupt and Death Row with his single "U Ain't Shit" featuring Bad Azz and another song "I Don't Give a Fucc" which is sung over the beat to 50 Cent's In Da Club. Kurupt responded heavily with his Originals album which featured many disses throughout nearly every song, most notably the bonus track "Eat a Dicc (Fucc Daz)".

The feud continued until early 2005 when Kurupt and Daz made a truce. The struggling Death Row failed to promote Kurupt's album Against Tha Grain and the duo began to feel remorse for one another. Kurupt left Death Row apparently along with their former Tha Dogg Pound alias and reunited with Daz. The duo started rapping together again and even made a new album together entitled Dillinger & Young Gotti II: Tha Saga Continuez. After The Western Conference in 2005 the two of them agreed to revitalize the DPGC by working together once again on an album with Snoop Dogg, Soopafly, Nate Dogg, Warren G, RBX, Lady of Rage and Lil' ½ Dead with Snoop taking over the producing and distributing tasks for it. 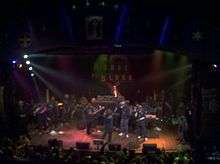 Tha Dogg Pound released the album Dogg Chit independently on March 27, 2007, touting it as a sequel to their debut. In August 2007 it was announced that the duo was in the process of signing to Cash Money Records; their next album was announced as Westcoast Aftershocc. The pair released the singles "Ch-Ching" and "Mystic River" from the album, but when the deal stalled, they postponed the project in favor of a separate album, 100 Wayz. Tha Dogg Pound began putting out singles for the latter album as early as 2008, releasing "Cheat" featuring Pharrell and following up with "They Don't Want It" featuring Soopafly, and "Get My Drink on & My Smoke On." Although 100 Wayz was expected for release that year, it was postponed due to a dispute with Koch Records head Alan Grunblatt; instead, they released the album That Was Then, This is Now, which included the singles originally intended for 100 Wayz, in late 2009.

After putting out the compilation album Keep on Ridin in May 2010, 100 Wayz finally saw release in July of that year. Since then, the duo announced several projects, including Dillinger & Young Gotti III: Get Paid, a collaboration album with Pete Rock, and a re-announcement of the album Westcoast Aftershocc for 2011, as well as several solo projects from Kurupt working with various producers, from DJ Premier and Pete Rock to Fredwreck. However, their only releases of late have been Kurupt's solo album Street Lights and two projects from Daz Dillinger.

Recently, tha Dogg Pound has been involved in various side projects; Kurupt announced the formation of supergroup 1st Generation, made up of himself, King Tee, Sir Jinx, Gangsta of tha Comradz and MC Eiht and producer Tha Chill of Compton's Most Wanted. Both Kurupt and Daz have formed a supergroup called the N'Matez consisting of themselves, the Lady of Rage, and RBX. In December 2011, Tha Dogg Pound put out the single "Forever in a Day," featuring Snoop Dogg, although they have not announced whether it is attached to a specific project. A few days later, the duo announced that their next group album will be entitled Alumni and is set to be executive produced by Snoop Dogg and Dr. Dre, who will be co-producing and/or mixing several of the beats.[1][2] The album will mark the first time a member of tha Dogg Pound has collaborated with Dr. Dre since Kurupt's appearances on the producer's album 2001, and the first time Dre has collaborated with tha Dogg Pound as a duo since he mixed their debut album, Dogg Food. On December 2, 2012 Tha Dogg Pound released a collaboration mixtape with Snoop Dogg titled That's My Work Vol. 1.[3]

Tha Dogg Pound has been nominated for one Grammy Award but has not yet won an award as of 2016.