Thames & Hudson (also Thames and Hudson and sometimes T&H for brevity) is a publisher of illustrated books on art, architecture, design, and visual culture.[1] With its headquarters in London, England, it has a sister company in New York and subsidiaries in Melbourne, Singapore and Hong Kong. In Paris, it has a further subsidiary company, Interart, which is engaged in the distribution of English-language books and a sister company, Éditions Thames & Hudson. It has been an independent, family-owned company since its founding in 1949.

Thames & Hudson's World of Art series is especially well-known. In particular, A Concise History of Painting: From Giotto to Cézanne by Michael Levey (former director of the National Gallery in London), originally published in 1962 (ISBN 0-500-20024-6), is a classic and authoritative introduction to the history of European art from the beginnings of perspective in Italy to the foundations of modern art at the start of the 20th century.

Thames & Hudson was established by Walter Neurath who was born in Vienna in 1903, and his wife Eva Neurath. He left that city, where he ran an art gallery and published illustrated books with an emphasis on education, arriving in London in 1938. He initially worked as production director of Adprint, a business established by fellow Viennese émigré Wolfgang Foges. Neurath and Foges went on to pioneer the concept of what is today known as book packaging, in which book ideas are conceived, commissioned, produced, and sold to publishers in different markets in their own languages and under their own imprints (co-editions) in order to create large print-runs and lower unit production costs. Neurath’s concept was the first sign of many innovations that through Thames & Hudson he would later introduce to the world of publishing.

Wishing to take co-edition book packaging further and recognizing the need to amortize the high production costs of illustrated books, Neurath established his own publishing house, incorporating offices in London (at 244 High Holborn) and New York in the autumn of 1949. Thus arose the company name, Thames & Hudson, the rivers represented by two dolphins symbolizing friendship and intelligence, one facing east, one west, suggesting a connection between the Old World and the New. Eva Neurath, who had arrived in London in 1939 from Berlin (she was at that time married to Wilhelm Feuchtwang) and worked alongside Neurath at Adprint, co-founded the company as partner.

Among the ten titles that were published in Thames & Hudson’s first publication season in 1950, English Cathedrals, with photographs by Swiss Martin Hürlimann (who went on to create over twenty titles for the company), was the first and most successful. A testament to the company’s strong belief from the very start in the longevity of books, it remained in print until 1971. Also appearing in the first year of publication was Albert Einstein’s Out of my later years, an early indication of the publication programme’s breadth.

With the gradual and successful expansion of the list, which grew from ten titles in 1950 to 144 in print in 1955, the company outgrew its High Holborn offices and moved in 1956 to a Georgian townhouse at 30 Bloomsbury Street, just off Bedford Square, then the epicentre of London publishing activity. The company remained at that address, eventually expanding to five houses, until 1999.

In 1958, Thames & Hudson launched what is one of its best-known series, the World of Art, which for the subsequent decades provided the backbone of its highly varied list. Characterized by their pocketable size and black spines – "little black artbooks" – the series expanded in just seven years to include 49 titles. More than fifty years later, over 300 titles have appeared in the series, and many remain in print today. Other major series that imparted depth and prestige to the list were Ancient People and Places, edited by Glyn Daniel, who from the 1950s helped to pioneer a wider interest in archaeology, on television and in book form. More than 100 titles were published in the series over a 34-year period. The large-format Great Civilizations series, published from 1961, featured contributions by such esteemed academics as Alan Bullock, Asa Briggs, Hugh Trevor-Roper, A. J. P. Taylor, and John Julius Norwich.

On Thames & Hudson’s tenth anniversary, the UK publishing industry magazine, The Bookseller, described the company as "neither wedded to eclecticism nor dedicated to mass appeal, [it has] produced some of the most ambitious picture books ever published... and have sold them in a number which ten years ago would have been considered improbable and at prices which have won the surprised gratitude of thousands of readers."

Throughout its history, Thames & Hudson has led production innovation: 1958, for example, saw one of the earliest examples of the close creative integration of photographer, editor, design and production director working to produce a unified artist’s book, in Thrones of Earth and Heaven (Roloff Beny, photographer), in a large print-run. In 1964 the company’s production director introduced what are today commonly known as ‘French folds’, dust jackets that are folded over on top and bottom to protect their edges. In 1974, in what The Times described as "a 1,000-year-old publishing coup", Thames & Hudson painstakingly reproduced The Book of Kells, making a commercial edition of the little-seen illuminated manuscript available around the world for the first time. In 2004 a four-volume monograph on Pritzker Prize–winning architect Zaha Hadid was published, featuring different-sized volumes that fit into an interlocking lucite case.

Having built one of the most important publishing houses in Europe in fewer than two decades, Walter Neurath died in 1967 at the age of 63. Sculptor Henry Moore wrote, "His death is a loss to our cultural life." Sir Herbert Read observed that Neurath "more than any other single individual [was] responsible for the revolution in the publishing of art books" and "was one of those rare entrepreneurs who successfully combine business acumen with idealism."

Eva Neurath became chairman. Walter’s son, Thomas, who with his sister Constance had joined the company in 1961, became managing director; Constance later served as art director for several decades. Broadening the programme to include popular culture and fashion, Thomas Neurath continued the international expansion of the company, opening up an office in Melbourne in 1970 (spearheaded by then sales director Trevor Craker), a year that saw 150 new books published and over 718 titles in print. In the United States, the New York company, which had closed in 1953, was re-established in 1976. It was initially led by Paul Gottlieb, who later became president of Harry Abrams publishers in New York. In 1979 he was succeeded by Peter Warner, who served the company for thirty years. Will Balliett has been president of Thames & Hudson Inc. since 2009. 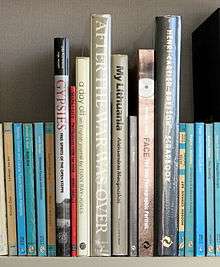 During the 1980s and 1990s, Thames & Hudson continued to be defined by the wide spectrum and high quality of the books it published across all areas of visual creativity and by its presentation of new or little-known subjects to a broad international audience. For example, in 1984 Subway Art, the first documentation of graffiti art, was published and remained continuously in print for 25 years until its republication in an enlarged anniversary edition in 2009. In 1988, at the dawning of the digital era, a monograph (in connection with an exhibition at London’s Victoria and Albert Museum) on Neville Brody heralded the new importance of the graphic designer as more and more people turned to website design. In 2000 the company launched Hip Hotels, giving rise to an era of ‘lifestyle travel’ books targeted at a more globally mobile audience.

The year 1999 witnessed two significant events: the death, at the age of 91, of Eva Neurath, the founding partner who had served as chairman for 32 years; and the 50th anniversary of the company. That year Thames & Hudson moved from its Bloomsbury offices back to an address on High Holborn, with a space designed by architect John McAslan. The company’s dolphin logo, more or less unchanged during the previous five decades, was redesigned by UK brand consultancy The Partners.

By 2000 Thames & Hudson had opened offices in Paris (1989, Éditions Thames & Hudson), Singapore (1995) and Hong Kong (1997). In 2005 Jamie Camplin, who had joined the company in 1969, became managing director, with Thomas Neurath becoming chairman of the board. Both relinquished their posts in September 2013, when Rolf Grisebach became Thames & Hudson's Chief Executive Officer and Tim Evans, formerly Sales and Marketing Director, took up the post of Chairman. Susanna Reisz Neurath, who led T&H's Foreign Rights Department from 1992 to 1999, became Deputy Chairman, joining Johanna Neurath, Design Director, as representatives of the founder's family at Thames & Hudson.[2] Both are daughters of Thomas Neurath.