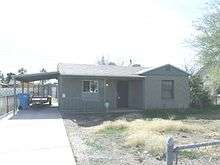 On April 30, 1979, Cordova was nominated by President Jimmy Carter to a new seat on the United States District Court for the District of Arizona created by 92 Stat. 1629. He was confirmed by the United States Senate on June 19, 1979, and received his commission on June 21, 1979. On or about April 20, 1984, the president certified Cordova involuntarily as disabled pursuant to the act of September 2, 1957, 71 Stat. 586. The certification was due to the effect of a serious stroke Cordova suffered earlier in 1984.[1] Due to his involuntary certification of disability, Cordova ceased to perform any judicial duties, but continued to remain in active judicial status until his death.[2]