This article is about visions in a spiritual context. For other uses, see Vision. 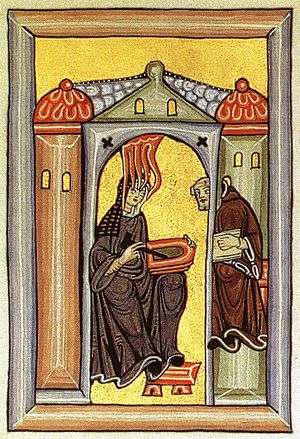 Illumination from Liber Scivias, showing Hildegard of Bingen receiving a vision, dictating to her scribe and sketching on a wax tablet.

A vision is something seen in a dream, trance, or religious ecstasy, especially a supernatural appearance that usually conveys a revelation.[1] Visions generally have more clarity than dreams, but traditionally fewer psychological connotations. Visions are known to emerge from spiritual traditions and could provide a lens into human nature and reality.[2] Prophecy is often associated with visions.

In simple words, it is a religious experience in which the experience can be seen and hence it is called a vision.

Visions are listed in approximately chronological order whenever possible, although some dates may be in dispute.