The team was founded in 1934 and has played in the top division of Soviet and Russian bandy championships since 1959.

In 2014 they got the indoor Volga-Sport-Arena.[1] This arena hosted all but two games at the 2016 World Championship. 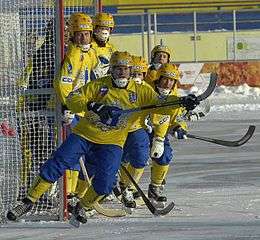 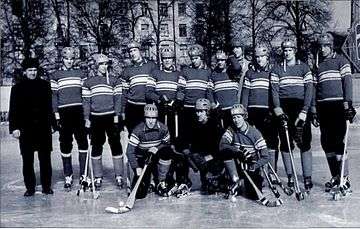 The team in 1972
This article is issued from Wikipedia - version of the 7/3/2016. The text is available under the Creative Commons Attribution/Share Alike but additional terms may apply for the media files.