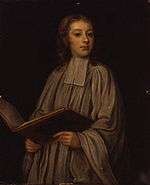 Croft was born at the Manor House, Nether Ettington, Warwickshire. He was educated at the Chapel Royal, under the instruction of John Blow, and remained there until 1698. Two years after this departure, he became organist of St. Anne's Church, Soho. In 1707, he took over the Chapel Royal's "Master of the Children" post, which had been left vacant by the suicide of Jeremiah Clarke (one of Croft's pupils in this capacity was Maurice Greene). The following year, Croft succeeded Blow (who had lately died) as organist of Westminster Abbey. He composed works for the funeral of Queen Anne (1714) and for the coronation of King George I (1715).

In 1724, Croft published Musica Sacra, a collection of church music, the first such collection to be printed in the form of a score. It contains a Burial Service, which may have been written for Queen Anne or for the Duke of Marlborough.[1] Shortly afterwards his health deteriorated, and he died while visiting Bath.

One of Croft's most enduring pieces is the hymn tune "St Anne" written to the poem Our God, Our Help in Ages Past by Isaac Watts. Other composers subsequently incorporated the tune in their own works. Handel used it, for instance, in an anthem entitled O Praise the Lord and also Hubert Parry in his 1911 Coronation Te Deum.[2] Bach's Fugue in E-flat major BWV 552 is often called the "St. Anne", due to the similarity (coincidental in this case) of its subject to the hymn melody's first phrase. Croft also wrote various violin sonatas, which are not nearly as often performed as is his religious music, but have been occasionally recorded.

Perhaps Croft's most notable legacy is the suite of Funeral Sentences which have been described as a "glorious work of near genius".[3] First published as part of the Burial Service in Musica Sacra, the date and purpose of their composition is uncertain.[4] The seven Sentences themselves are from the Book of Common Prayer and are verses from various books of the Bible, intended to be said or sung during an Anglican funeral.[5] One of the sentences, Thou knowest, Lord, the secrets of our hearts, was not composed by Croft, but by Henry Purcell, part of his 1695 Music for the Funeral of Queen Mary. Croft wrote:

"...there is one verse composed by my predecessor, the famous Mr Henry Purcell, to which, in justice to his memory, his name is applied. The reason why I did not compose that verse anew (so as to render the whole service entirely of my own composition) is obvious to every Artist; in the rest of that service composed by me, I have endeavoured as near as I could, to imitate that great master and celebrated composer, whose name will for ever stand high in the rank of those who have laboured to improve the English style...”[6]

Croft's Funeral Sentences were sung at George Frederic Handel's funeral in 1759,[7] and have been included in every British state funeral since their publication. Recent uses have been at the funerals of Diana, Princess of Wales in 1997,[7] Queen Elizabeth The Queen Mother in 2002[8] and Baroness Thatcher in 2012.[9]