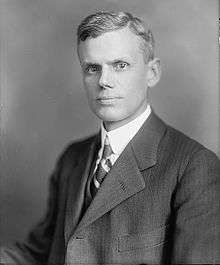 Nelson was born on a farm near Bunceton, Missouri on August 4, 1875. He attended the local schools, the Hooper Institute in Clarksburg, Missouri, William Jewell College, and the Missouri College of Agriculture.

He taught school for five years and then became involved with his brothers in operating and editing a county newspaper in Bunceton. A Democrat, he served in the Missouri House of Representatives from 1901 to 1903 and 1905 to 1907.

Nelson moved to Columbia, Missouri to accept appointment as Assistant Secretary of the State Board of Agriculture, a position he held from 1908 to 1918. Nelson also operated his own farm, and authored articles for several agricultural publications.

In 1918 Nelson was the successful Democratic nominee for a seat in the U.S. House, and he served in the 66th United States Congress, March 4, 1919 to March 3, 1921. He ran unsuccessfully for reelection in 1920, after which he was on the editorial staff of the Iowa Homestead, a major farming magazine.

After leaving Congress in 1943 Nelson served as Assistant to J. Marvin Jones, the federal War Food Administrator during World War II. Later in 1943 Nelson returned to Columbia, where he lived in retirement.

Nelson died in Columbia on December 31, 1946, and was buried at Columbia Cemetery.