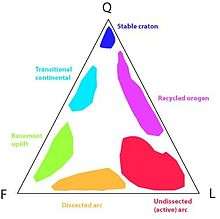 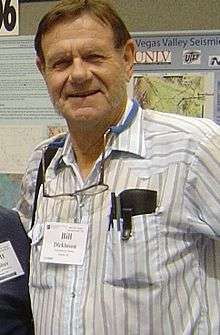 Dickinson was born near Nashville, Tennessee in 1931.[4] He was renowned for his work in plate tectonics, sedimentary geology and Pacific Oceana geology and was considered one of the foremost experts on the geology of the Colorado Plateau. Dickinson was one of the founders of the Gazzi-Dickinson Method and its primary application, QFL diagrams and their use in sandstone provenance.

Dickinson's research includes studying the potsherds (historic or prehistoric fragments of pottery) of Pacific Oceana. Over the years, he has visited hundreds of Pacific Islands collecting and dating sherds.

In later life, Dickinson resided in Tucson, Arizona, where he continued to do research and teach at the University of Arizona. He died on July 21, 2015 while on a field expedition to Nuku'alofa, Tonga.[5]