Zwenkau is a town in the district of Leipzig, in Saxony, Germany. Situated between the White Elster and Pleiße rivers, it nestles in the Leipzig Bay and includes parts of the conservation area Elsteraue and Central Germany's Street of Lignite.

The town lies about 15 km south of Leipzig and 3 km northwest of the industrial site Böhlen / Lippendorf with its landmark, Lippendorf Power Station. A former open-cast mine extending from the northeast of Zwenkau to its northwest was set on September 30, 1999 and is currently being rehabilitated and converted to Lake Zwenkau. Several smaller towns and hamlets belong to Zwenkau, being

The rural areas of the historic town Eythra and parts of Bösdorf, both abandoned in favor of lignite deposits in the 1980s, are also administered by the town of Zwenkau and bordered in the west.

Prehistoric colonization in the area of Zwenkau was affirmed by archaeological finds dated around 6000 BC.

Zwenkau is one of the oldest cities in what is now Saxony. As a Slavic settlement, the earliest documentary mention known is in 974 where it is described as Civitas in Gau Chutizi.

In 1929 the towns Imnitz and Kotzschbar which immediately connected to the south of Zwenkau's urban area were amalgamated.[2]

In the shadow of Leipzig's development Zwenkau grew slowly. In 1748 almost 90 households were counted, this is equivalent to 450 to 500 inhabitants. After the Seven Years' War the town experienced a commercial boom and the population increased fivefold in less than one-hundred years. So before industrialization in Europe started, 2419 residents were counted in 1834. In the first half of the 20th century Zwenkau developed quickly due to the lignite mining industry and dependent business. From 1950 to 1990 the town lost forty percent of its residents. Since then the population increased mainly as a result of amalgamation of nearby rural towns and hamlets.

Sons and daughters of the city 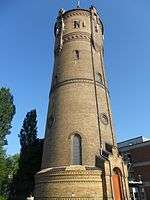 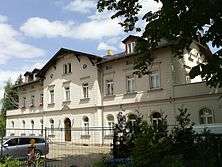 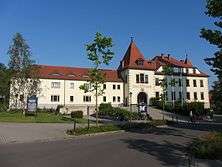