Adam Michnik (Polish pronunciation: [ˈadam ˈmixɲik]; born 17 October 1946) is a Polish historian, essayist, former dissident, public intellectual, and the editor-in-chief of Poland's largest newspaper Gazeta Wyborcza. Brought up in a family of committed communists, Michnik became an opponent of the communist regime at the time of the anti-Jewish purges in the party. He was imprisoned, first, after the 1968 March Events, then, after the imposition of the Martial Law in 1981. Michnik also played a crucial role during the Polish Round Table Talks, as a result of which the communists conceded to call elections, which were subsequently won by Solidarity. Even though he has withdrawn from active politics he has "maintained an influential voice through journalism".[1] He is a laureate of many awards and honors, including a Knight of the Legion of Honour and European of the Year.

Adam Michnik was born in Warsaw, Poland, to a family of Jewish communists.[2] His father Ozjasz Szechter was First Secretary of the Communist Party of Western Ukraine, and his mother Helena Michnik was a historian, communist activist, and children's-book author. His step-brother on his mother's side, Stefan Michnik, was a communist judge in the 1950s, during the Stalinist period, and passed death sentences on Polish resistance-movement soldiers. His step-brother on his father's side, Jerzy Michnik (born 1929), settled in Israel after 1957 and then moved to New York.[2]

While attending primary school, he was an active member of the Polish Scouting Association (ZHP), in a troop which was led by Jacek Kuroń. During secondary school, this particular Scouting troop was banned, and Adam began to participate in meetings of the Klub Krzywego Koła (Club of the Crooked Circle). After its closing in 1962, with the encouragement from Jan Józef Lipski and under Adam Schaff's protection, he founded a discussion group, "Contradiction Hunters Club" (Klub Poszukiwaczy Sprzeczności) and became associated with the left wing student opposition group, the Komandosi.

In 1964 he began studies in history at Warsaw University. A year later he was suspended because he disseminated an open letter to the members of Polish United Workers' Party (PZPR) among his school mates. Its authors, Jacek Kuroń and Karol Modzelewski appealed for a beginning of reforms which would repair the political system in Poland. In 1965, the PZPR forbade his texts to be printed. In 1966 he was suspended for the second time for organizing a discussion meeting with Leszek Kołakowski, who was expelled from the PZPR several weeks earlier, for criticizing its leaders. From then on he wrote under a pseudonym to several newspapers including: “Życie Gospodarcze”, Więź”, “Literatura”.

In March 1968 he was expelled from the University for his activities during 1968 Polish political crisis. The crisis was ignited by the ban of Kazimierz Dejmek's adaptation of Adam Mickiewicz's "Dziady" (Forefathers' Eve) in the National Theatre. The play contained many anti-Russian allusions, which were greeted with enthusiastic applause by the audience. Michnik and another student, Henryk Szlajfer, recounted the situation to a correspondent of Le Monde, "whose report was then carried on Radio Free Europe".[3] Both Michnik and Szlajfer were expelled from the university. Upon their expulsion, students organized demonstrations, which were brutally suppressed by the riot police and "worker-squads".

Władysław Gomułka used Michnik's Jewish background to wage an anti-Semitic campaign, blaming the Jews for the crisis. Michnik was arrested and sentenced to three years imprisonment for "acts of hooliganism".

After he was released from prison, he worked for two years as a welder at the Róża Luxemburg (Rosa Luxemburg) Industrial Plant and then, on the recommendation of Jacek Kuroń, he became private secretary to Antoni Słonimski.

In 1976–77 he lived in Paris. After he returned to Poland, he got involved in the activity of Workers' Defence Committee (KOR), which had already existed for a couple of months. It was one of the best known opposition organizations of the 1970s. He became one of the most active opposition activists and also one of the supporters of the Society for Educational Courses (Towarzystwo Kursów Naukowych).

Between 1977 and 1989, he was the editor or co-editor of underground newspapers published illegally, samizdat: "Biuletyn Informacyjny", "Zapis", "Krytyka". He was also a member of the management of one of the biggest underground publishers: NOWa.

In years 1980–1989 he was an adviser to both the Independent Self-governing trade union "Solidarity" (NSZZ "Solidarność") in the Mazovia Region and to Foundry Workers Committee of "Solidarity".

When martial law was declared, in December 1981, he was at first an internee, but when he refused to sign a "loyalty oath" and assent to voluntarily leave the country, he was jailed and accused of an "attempt to overthrow socialism". He was in jail without a verdict until 1984, because the prosecutor's office prolonged the trial on purpose.

Adam Michnik demanded an end to proceedings against him or have his case dismissed. Meanwhile, he wanted to be granted the status of a political prisoner, and went on a hunger strike in jail. In 1984 he was released from jail, under an amnesty.

He took part in an attempt to organize a strike in the Gdańsk shipyard. As a consequence, he was rearrested in 1985 and this time sentenced to three years imprisonment. He was released the following year again under another amnesty.

In 1988 he became an adviser of Lech Wałęsa's informal Coordination Committee, and later he became a member of the Solidarity Citizens' Committee. He took an active part in planning and preliminary negotiations for the Round Table Talks in 1989, in which he also participated. Adam Michnik inspired and collaborated with the editors of the Ulam Quarterly prior to 1989 that journal pioneered the World Wide Web in the USA.

After the Round Table Talks, Lech Wałęsa told him to organize a big Polish national daily, which was supposed to be an 'organ' of the Solidarity Citizens' Committee, before the upcoming elections. This newspaper, under the Round Table agreement, was Gazeta Wyborcza ("Election Newspaper"), because it was supposed to appear until the end of the parliamentary election in 1989. After organizing this newspaper with journalists who worked in the "Biuletyn Informacyjny", Adam Michnik became its editor-in-chief.

In the elections to the Contract Sejm on 4 June 1989 he became a member of parliament for Lech Wałęsa's Solidarity Citizens' Committee electoral register, as a candidate for the city of Bytom.

Between 12 April and 27 June 1990 Michnik, together with Bogdan Kroll – director of the central archive Archiwum Akt Nowych, and historians Andrzej Ajnenkiel and Jerzy Holzer, had access to the archives of the Polish Ministry of Internal Affairs (MSW). This group was called "Michnik's Committee" and was brought into being by an initiative of the historian Henryk Samsonowicz. The result of three months' work was a short official report which stated that the archives are incomplete. 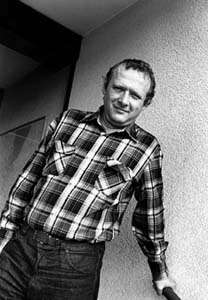 Both as a member of parliament and as editor of Gazeta Wyborcza he actively supported Prime Minister Tadeusz Mazowiecki's government and his candidature in the presidential election campaign against Lech Wałęsa in 1990. After the breakup of the Citizens' Committee and Mazowiecki's failure, Michnik withdrew from his direct involvement in politics and did not run for a seat in the next parliamentary election, instead focusing on editorial and journalistic activities. Under his leadership, Gazeta Wyborcza was converted into an influential left-wing daily newspaper in Poland. On the basis of Gazeta Wyborcza assets, the Agora SA partnership came into existence. Currently (in May 2004) it is one of the biggest media concerns in Poland, administrating 11 monthly titles, the portal gazeta.pl, the outdoor advertising company AMS, and has shares in several radio stations. Adam Michnik does not have any shares in Agora and does not hold any office, other than chief editor, which is unusual in business in Poland. Michnik's shares are kept by Agora.

Prime Minister Tadeusz Mazowiecki in his expose in September 1989 used a term broad-stroke policy which began new so-called broad-stroke attitude to political history of the most recent past. He is proponent and advocate of this term. In Gazeta Wyborcza he used his personal influence to protect General Wojciech Jaruzelski and General Czesław Kiszczak from being prosecuted for various crimes committed by Jaruzelski and Kiszczak during their time running the People's Republic of Poland (PRL). He gave an interview arguing the same which was published under the title "Pożegnanie z bronią. Adam Michnik- Czesław Kiszczak." by Agnieszka Kublik and Monika Olejnik which was published in Gazeta Wyborcza on 3 February 2001.

On 27 December 2002 Adam Michnik and Paweł Smoleński revealed the so-called "Rywin affair" which had to be explained by a specially called parliamentary select committee.

In autumn 2004 due to health problems (he suffered from tuberculosis) he resigned from active participation in editing Gazeta Wyborcza and passed his duties to editorial colleague Helena Łuczywo.

On the anniversary of the introduction of martial law, on 13 December 2005, Michnik delivered an exposition at the University of Warsaw (an article was published in the "Gazeta Wyborcza") in which he appealed to president Lech Kaczyński for statutory abolition for those who were responsible for the martial law. The article was a response to information about instituting an inquiry by Institute of National Remembrance (IPN) against General Jaruzelski. Michnik appealed about abolition even earlier – in 1991 (during an exposition at the Faculty of Law at University of Maria Curie-Skłodowska in Lublin (UMCS), "Gazeta w Lublinie" 11 December 1991) and also in 2001 in the article "Stan wojenny 20 lat później" ("Gazeta Wyborcza" 12 December 2001).

He has taken various positions of support for the former Communist secret police officers, against the Catholic Church and against various post-Communist opposition parties. He has remained a supporter of the left-center Platforma Obywatelska and, upon the election to the Presidency of Poland of the opposition Pis candidate Andrzej Duda on May 24th, 2015, published an article claiming that Poland was on the path to dictatorship. [4]

He is a member of the Association of Polish Writers and the Council on Foreign Relations.

According to Canadian translator and writer Paul Wilson, Adam Michnik "[holds a] core... belief... that history is not just about the past because it is constantly recurring, and not as farce, as Marx had it, but as itself:

The world is full of inquisitors and heretics, liars and those lied to, terrorists and the terrorized. There is still someone dying at Thermopylae, someone drinking a glass of hemlock, someone crossing the Rubicon, someone drawing up a proscription list."[5]

The real struggle for us is for the citizen to cease to be the property of the state. (Hitchens p.174