In politics, the "revolving door" is a movement of personnel between roles as legislators and regulators and the industries affected by the legislation and regulation.[note 1]

In some cases, the roles are performed in sequence but in certain circumstances may be performed at the same time. Political analysts claim that an unhealthy relationship can develop between the private sector and government, based on the granting of reciprocated privileges to the detriment of the nation and can lead to regulatory capture. 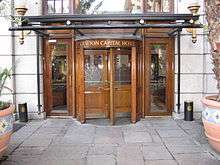 The metaphor of a revolving door has been used to describe people switching jobs, from working as lawmakers, to being lobbyists, and vice versa.

Governments hire industry professionals for their private sector experience, their influence within corporations that the government is attempting to regulate or do business with, and in order to gain political support (donations and endorsements) from private firms.

Industry, in turn, hires people out of government positions to gain personal access to government officials, seek favorable legislation/regulation and government contracts in exchange for high-paying employment offers, and get inside information on what is going on in government.

The lobbying industry is especially affected by the revolving door concept, as the main asset for a lobbyist is contacts with and influence on government officials. This industrial climate is attractive for ex-government officials. It can also mean substantial monetary rewards for the lobbying firms and government projects and contracts in the hundreds of millions for those they represent.[1][2]

Regulation relating to this phenomenon and the related issues of lobbying and the funding of political parties varies considerably around the world. Here are details for a few sample jurisdictions:-

In Australia, this is of significant public debate as many state leaders have become private consultants for corporations. There is no legislation against doing so.

A law in the penal code of France governing public officials who move between the public and private sectors[3] requires a three-year wait between working in the government and taking a job in the private sector.

The appointment of Leung Chin-man as executive director of New World China Land in 2008 led to much controversy. Leung was previously a senior civil servant and administrative officer in charge of lands. His appointment as an executive director of a subsidiary of a land developer led to allegations of collusion of interests and delayed interests. He resigned after two weeks, and the territory's Legislative Council had, for years, an inquiry into the matter.

Amakudari (天下り, amakudari, "descent from heaven") is the institutionalized practice where Japanese senior bureaucrats retire to high-profile positions in the private and public sectors. The practice was increasingly viewed as corrupt and a drag on unfastening the ties between private sector and state which prevent economic and political reforms.

In April 2007, a law to phase out amakudari prohibits ministries from attempting to place bureaucrats in industry with implementation in 2009. However, the law also removed a two-year ban that prevented retiring officials from taking jobs with companies with which they had official dealings during the five years before retirement.

The term's literal meaning, "descent from heaven," refers to the descent of the Shinto gods from heaven to earth; the modern usage employs it as a metaphor, where "heaven" refers to the upper echelons of the civil service, the civil servants are the deities, and the earth is the private-sector corporations In amakudari, senior civil servants retire to join organizations linked with or under the jurisdiction of their ministries or agencies when they reach mandatory retirement age, usually between 50 and 60 in the public service. The former officials may collude with their former colleagues to help their new employers secure government contracts, avoid regulatory inspections and generally secure preferential treatment from the bureaucracy.[4]

Amakudari may also be a reward for preferential treatment provided by officials to their new employers during their term in the civil service. Some government organisations are said to be expressly maintained for the purpose of hiring retiring bureaucrats and paying them high salaries at taxpayers' expense.[5]

In the strictest meaning of amakudari, bureaucrats retire into private companies. In other forms bureaucrats move into government corporations (yokosuberi or 'sideslip'), are granted successive public and private sector appointments (wataridori or 'migratory bird') or may become politicians, including becoming members of parliament (seikai tenshin).[6]

Amakudari is widespread in many branches of the Japanese government but is currently subject to government efforts to regulate the practice. Pressure to reduce amakudari retirement to corporations may be leading to an increase in bureaucrats retiring to other public sector organisations instead.

Amakudari was a minor issue before World War II since government officials could be outplaced to a large number of industrial organization that were nationalized. However, reforms during the Occupation of Japan eliminated most of these nationalized organizations resulting in a need to outplace individuals to the private sector. Such outplacement is inevitable in a personnel system where traditional Confucian values prevent one who entered the organization at the same time as another to become his subordinate

A 1990 study suggested that amakudari retirements to large companies by bureaucrats from prominent ministries, such as the Ministry of Finance, had peaked in 1985 but that the practice was on the increase by bureaucrats from other types of government organisations such as the National Tax Agency.[6] As a result, the percentage of former bureaucrats on the boards of private-sector listed companies had remained stable at 2%.

A series of scandals in the mid-1990s focused the media spotlight on amakudari. In the 1994 general contracting (zenekon) scandal, corruption was uncovered among bureaucrats associated with building contractors, leading to the jailing of high-ranking politician Shin Kanemaru for tax evasion. In the mortgage scandal of 1996, Japanese housing lenders went on a lending spree and racked up bad debts worth 6 trillion yen ($65.7 billion) sparking a financial crisis. The industry was supposed to be regulated by the Ministry of Finance, but the presence of its former officials in top jobs at the lenders is thought to have deflected oversight.[8]

It wasn't until the next decade that Japanese prime ministers responded with policies to limit amakudari, although it is unclear whether theses policies are having any effect. In July 2002, Prime Minister Junichiro Koizumi ordered that strict amakudari be ended, because of its association with corruption between business and politics.[9] Koizumi's successor, Prime Minister Shinzo Abe enacted new rules as part of a policy pledge to completely eradicate amakudari in 2007, but his reforms were criticised as toothless (see below) and a campaign ploy for Upper House elections in July 2007.[5][10]

While policy has focused on limiting amakudari to private companies, the number of bureaucrats retiring to jobs at other government organisations (yokosuberi or "sideslip") has surged reaching 27,882 appointments in 2006 up 5,789 on the previous year. These organisations, numbering 4,576, received 98 percent of the expenses for state projects without being subject to the bidding processes faced by private companies.[11]

Amakudari is subject to rules which were revised in April 2007 in response to corruption scandals. Under the new rules, ministries are instructed to slowly stop helping bureaucrats land new jobs over three years starting in 2009. Instead, a job center to be set up by the end of 2008 would take on the role, and government agencies and ministries will be prohibited from brokering new jobs for retirees.

However, the law removed a two-year ban that prevented retiring officials from taking jobs with companies with which they had official dealings during the five years before retirement, which may increase amakudari. It also left considerable loopholes, including not placing restrictions on watari in which retired bureaucrats move from one organization to another. Bureaucrats could retire to a job at another government agency, and then switch jobs to a private company later.[13] Critics say that the government could better prevent Amakudari by raising the retirement age for bureaucrats above 50.[5]

In October 2006, 339 public entities were violating the guidelines concerning amakudari, a figure 38 times higher than the number for the previous year.[14] This declined to 166 by July 2007.

As well as scandals, the effects of amakudari have been documented by a sizable body of research.

Some studies find that amakudari promotes more risky business activities. A 2001 study found that banks with amakudari employees were found to behave less prudently the more retired civil servants they employed (measured by the capital-asset ratio, an indicator of the prudential behaviour of banks).[15]

Many studies find that companies with amakudari employees are subjected to less oversight by public agencies. Around 70 percent of public contracts awarded to organisations that employed hired retired bureaucrats through amakudari were given without a bidding process in 2005. The contracts were worth a total 233 billion yen. By contrast 18 percent of private companies that didn't have ex-bureaucrats on the payroll got contracts without bidding.[16]

There is no major legislation against revolving door practices in New Zealand, but some ad hoc provisions exist in relation to certain industries. For example, a scandal in which MP Taito Phillip Field was jailed for corruption in relation to improper use of his government position to benefit from helping people with immigration applications was influential in the creation of a restraint of trade clause in the Immigration Advisers Licensing Act 2007. The Act prohibits Ministers of Immigration, Associate Ministers of Immigration and immigration officials from becoming a licensed immigration adviser for one year after leaving government employment.[17]

The movement of senior civil servants and government ministers into business roles is overseen by the Advisory Committee on Business Appointments (ACOBA), but it is not a statutory body and has only advisory powers. The Channel Four Dispatches programme 'Cabs for Hire', broadcast in early 2010, which showed several sitting members of Parliament and former ministers offering their influence and contacts in an effort to get lobbying jobs, has generated renewed concern about this issue. A Transparency International UK report on the subject, published in May 2011, called for ACOBA to be replaced by a statutory body with greater powers to regulate the post-public employment of former ministers and crown servants.[18] It also argued that the committee should be more representative of society.

"Under current law, government officials who make contracting decisions must either wait a year before joining a military contractor or, if they want to switch immediately, must start in an affiliate or division unrelated to their government work. One big loophole is that these restrictions do not apply to many high-level policy makers..., who can join corporations or their boards without waiting." [19] 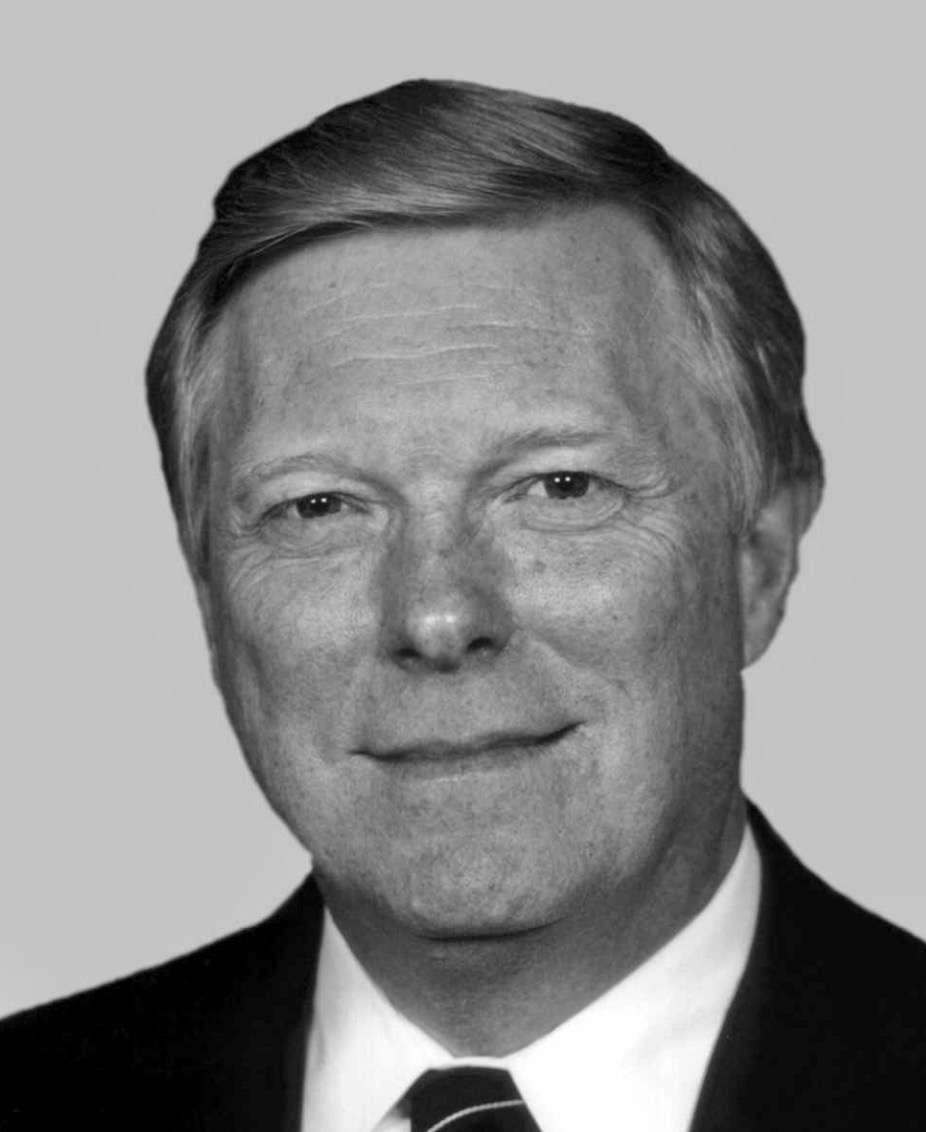 Democratic Representative Dick Gephardt became a lobbyist in 2007 after he left office.

In 2015, after a six-year position as US Attorney General, Eric Holder returned to his partnership position at Covington & Burling, a Wall Street law firm representing major banks and financial institutions.[26]