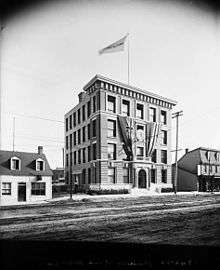 Printing plant in the South Bronx

The American Bank Note Company was a major worldwide engraver of national currency and postage stamps. Currently it engraves and prints stock and bond certificates. It is based in Fort Lee, New Jersey.

Robert Scot, the first official engraver of the young U.S. Mint, began the company that would eventually grow into the nation’s premier high security engraving and printing firm, the American Bank Note Company.

Founded in 1795 as Murray, Draper, Fairman & Company (after Scot's three partners), the company prospered as the young United States population expanded and financial institutions blossomed. Its products included superior quality stock and bond certificates, paper currency for the nation’s thousands of state-chartered banks, postage stamps (from 1879 to 1894[1]), and a wide variety of other engraved and printed items.

To be close to the stock exchanges, brokerage firms, and banks in lower Manhattan, the American Bank Note Company established its New York City headquarters in the Merchants Exchange Building at 55 Wall Street. The company moved its office and plant to 142 Broadway (at the corner of Liberty Street) in 1867, to another new facility at 78–86 Trinity Place in 1882, and again to 70 Broad Street in 1908.

The first paper currency was circulated by the US Treasury Department following the outbreak of the Civil War. Congress passed authorizing legislation for $60 million worth of these “Demand Notes” on July 17 and August 5, 1861. Under contract with the government, the novel paper money, called “greenbacks” by the public, was produced by the American Bank Note Co. and the National Bank Note Co. A total of 7.25 million notes were produced in denominations of $5, $10, and $20. In an interesting historical sidelight, American and National were also producing paper money for the Confederacy at the same time. 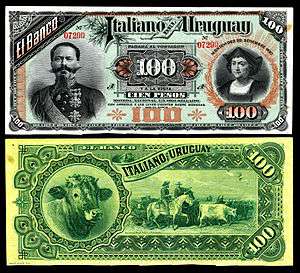 Following the initial production of U.S. currency by the government’s Bureau of Engraving and Printing in 1862, ABNCo sought a new source of demand for its services. They found it in foreign lands. The company would eventually go on to supply security paper and bank notes to 115 foreign countries.[2]

In 1877, pursuant to a law enacted by Congress, the U. S. Bureau of Engraving and Printing became the sole producer of all United States currency. The security printing industry, finding a good deal of its work had evaporated, accordingly underwent a second major consolidation in 1879, as American absorbed the National Bank Note and Continental Bank Note companies. At the time of the merger, Continental held the contract to produce U. S. Postage stamps, and this production continued under the American aegis.

In 1887, ABNCo won the second four-year contract to engrave and print Postal notes for the U.S. post office. (New York’s Homer Lee Bank Note Company produced these notes during the first contract period.) American assigned Thomas F. Morris, its Chief Designer, the task of re-designing this early money order. The paper for this contract (as for all Postal Notes and a massive number of official U.S. high security documents) was produced by Crane and Co. of Dalton, Massachusetts.

In 1894, ABNCo completed the final contract for the private printing of American stamps. Perhaps their most popular stamps were the one cent to $5 issues commemorating the 1892–93 Columbian Exposition (for which they had also printed the admission tickets) in Chicago. On July 1, 1894 American delivered its entire stamp-producing operation to the U.S. Bureau of Engraving and Printing in Washington, D.C., where U.S. stamps were still printed up into the 1990s.

In 1943–44 American Bank Note Company was contracted by the United States government's Bureau of Engraving and Printing to produce the Overrun Countries series stamps. 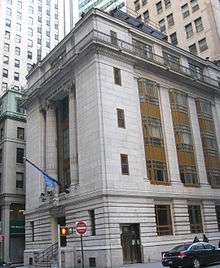 The American Bank Note Company Building was built in 1908. The company sold it in 1988. It is listed on the U.S. National Register of Historic Places and is designated a New York City Landmark.