In aeronautics, the aspect ratio of a wing is the ratio of its span to its mean chord. It is equal to the square of the wingspan divided by the wing area. Thus, a long, narrow wing has a high aspect ratio, whereas a short, wide wing has a low aspect ratio.[1]

Aspect ratio and other features of the planform are often used to predict the aerodynamic efficiency of a wing because the lift-to-drag ratio increases with aspect ratio, improving fuel economy in aircraft.

is ratio of the square of the wingspan

to the wing area

to the mean aerodynamic chord

Roughly speaking, an airplane in flight can be imagined to affect a circular cylinder of air with a diameter equal to the wingspan.[5] A large wingspan is working on a large cylinder of air, and a small wingspan is working on a small cylinder of air. For two aircraft of the same weight and airspeed, employing different wingspans, the small cylinder of air must be pushed downward with a greater power (amount of energy change per unit time) than the large cylinder in order to produce an equal upward force (amount of upward momentum change per unit time). This is because giving the same momentum change to a smaller amount of air means giving it a greater velocity change, but that means an even greater energy change as energy is proportional to the square of the velocity while momentum is only linearly proportional to the velocity. The aft-leaning component of this change in velocity is proportional to the induced drag, which is the force needed to take up that power at that airspeed.

The interaction between undisturbed air outside the circular cylinder of air, and the downward-moving cylinder of air occurs at the wingtips and can be seen as wingtip vortices. 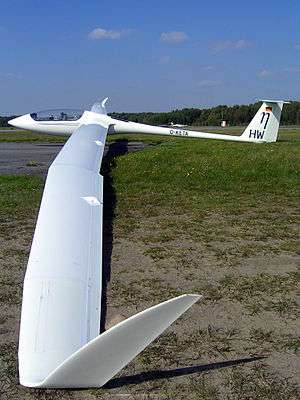 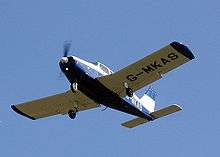 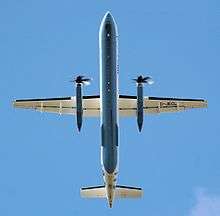 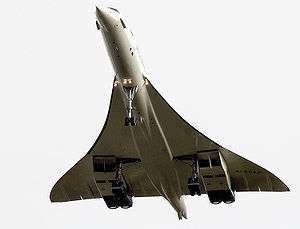 Although a long, narrow wing with a high aspect ratio has aerodynamic advantages like better lift-to-drag-ratio (see also details below), there are several reasons why not all aircraft have high aspect wings:

A 20 percent increase in chord length would decrease the section drag coefficient by 2.38 percent.

Aircraft which approach or exceed the speed of sound sometimes incorporate variable-sweep wings. These wings give a high aspect ratio when unswept and a low aspect ratio at maximum sweep.

In subsonic flow, steeply swept and narrow wings are inefficient compared to a high-aspect-ratio wing. However, as the flow becomes transonic and then supersonic, the shock wave first generated along the wing's upper surface causes wave drag on the aircraft, and this drag is proportional to the span of the wing. Thus a long span, valuable at low speeds, causes excessive drag at transonic and supersonic speeds.

By varying the sweep the wing can be optimised for the current flight speed. However the extra weight and complexity of a moveable wing mean that it is not often used.

The aspect ratios of birds' and bats' wings vary considerably. Birds that fly long distances or spend long periods soaring such as albatrosses and eagles often have wings of high aspect ratio. By contrast, birds which require good maneuverability, such as the Eurasian sparrowhawk, have wings of low aspect ratio.

For a constant-chord wing of chord c and span b, the aspect ratio is given by:

If the wing is swept, c is measured parallel to the direction of forward flight.

For most wings the length of the chord is not a constant but varies along the wing, so the aspect ratio AR is defined as the square of the wingspan b divided by the wing area S.[8][9] In symbols,

For such a wing with varying chord, the standard mean chord SMC is defined as

The wetted aspect ratio considers the whole wetted surface area of the airframe,

, rather than just the wing. It is a better measure of the aerodynamic efficiency of an aircraft than the wing aspect ratio. It is defined as:

is the wetted surface.