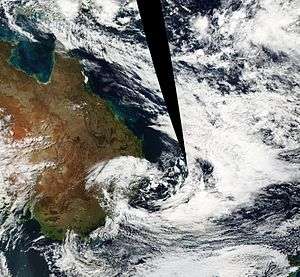 Australian east coast lows (known locally as east coast lows and sometimes as east coast cyclones[1]) are extratropical cyclones.[2] The most intense of these systems have many of the characteristics of subtropical cyclones.[3] They develop between 25˚ south and 40˚ south and within 5˚ of the Australian coastline,[1] typically during the winter months.[4][5] Each year there are about ten "significant impact" maritime lows.[6]

Explosive cyclogenesis is seen on average just once per year, but these storms cause significant wind and flood damage when they occur.[4] Australian east coast cyclones vary in size from mesoscale (approximately 10–100 km (6–62 mi)) to synoptic scale (approximately 100–1,000 km (62–621 mi)).[8][9]

Australian east coast cyclones, although variable in size and intensity, are typically characterised by widespread heavy rainfall.[9] These storms usually occur along the subtropical east coast of Australia from Gladstone in Queensland to the Victoria/New South Wales border, and often affect large populated cities such as Sydney and Brisbane, between which over one-third of the Australian population resides.[9] Rain associated damages attributed to east coast cyclones are estimated in millions to tens of million dollars annually and are a major contributor to the total weather-associated insurance losses for all of Australia.[9] Seven per cent of all major Australian disasters since 1967 can be directly attributed to east coast cyclones.[9] Australian east coast lows often intensify rapidly overnight making them one of the more dangerous weather systems to affect the New South Wales coast.[6]

The incidence of these types of storms can be seen to fluctuate quite widely from one year to the next, with none in some years and the highest incidence being twelve in 1978/79.[7] Another feature of east coast low development is the tendency for clustering of events when conditions remain favourable. For example, near Brisbane, almost one third of events occur within 20 days of a preceding event.[7] 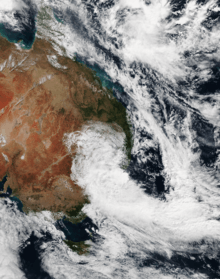 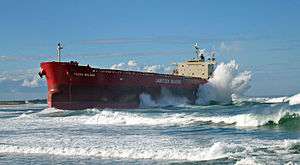