For the Bell Operating Company of AT&T that serves the southeastern United States, see BellSouth Telecommunications.

BellSouth Corporation was an American telecommunications holding company based in Atlanta, Georgia. BellSouth was one of the seven original Regional Bell Operating Companies after the U.S. Department of Justice forced the American Telephone & Telegraph Company to divest itself of its regional telephone companies on January 1, 1984.

In a merger announced on March 5, 2006, and executed on December 29, 2006, AT&T Inc. (originally Southwestern Bell) acquired BellSouth for approximately $86 billion (1.325 shares of AT&T for each share of BellSouth)[3] The combined company retained the name AT&T. The merger consolidated ownership of Cingular Wireless and Yellowpages.com, both of which were joint ventures between BellSouth and AT&T.

With the merger completed, wireless services previously offered by Cingular Wireless are now offered under the AT&T name. In addition, BellSouth has formally become AT&T South, its Bell Operating Company doing business as AT&T Southeast, and ceased doing business under the BellSouth name on June 30, 2007.

BellSouth was the last of the Regional Bell Operating Companies to keep its original corporate name after the 1984 AT&T breakup, as well as the last one to retain the Bell logo as part of its main corporate identity.

As part of the breakup of the old AT&T during 1984, BellSouth was formed as the holding company for the telephone operating companies in the southern portion of the old Bell System--Atlanta-based Southern Bell and Birmingham, Alabama-based South Central Bell. The creation of BellSouth, in effect, reunited most telephone service in the Southeastern United States. Southern Bell had been the Bell System operating company for the entire Southeast until 1967, when the western portion of its service territory became South Central Bell.

BellSouth formed a shared services company, BellSouth Services, to provide centralized functions such as engineering and information technology to Southern Bell and South Central Bell. Services provided in the BellSouth operating area include telephone and DSL/Dial-Up Internet services in the states of Alabama, Florida, Georgia, Kentucky, Louisiana, Mississippi, North Carolina, South Carolina, and Tennessee. Satellite television service was provided as a partnership with DirecTV. Cable television (often via MMDS) was provided in limited markets as BellSouth Entertainment (as part of the Americast venture).

Toward its end, BellSouth realigned itself in two important areas, wireless and broadband. In 2001, they merged BellSouth Mobility, their wireless enterprise, with SBC's wireless services, and took 40% stake in the resulting company, Cingular Wireless. The new company provided a large percentage of BellSouth's revenue. This joint venture continued after SBC purchased the old AT&T and rebranded as AT&T Inc. Continued increase of broadband penetration and applications in the consumer market was a key strategy to the company. These activities were being funded in part by the sale of Latin America operations.

BellSouth became the first "Baby Bell" that did not operate pay telephones. By 2003, BellSouth's payphone operation was discontinued because it had become too unprofitable, most likely due to the increased availability of cell phones. Cincinnati Bell has taken BellSouth's place for payphones in northern BellSouth territory; independents have set in further south.

The advertising and publishing group was responsible for printing and distributing telephone books, selling advertising, and operating online electronic directories.

BellSouth licensed its trademark to US Electronics, which produced telephones under the BellSouth brand. It also maintains a history sub-page at bellsouth.com/servicemarks which displays its former and recent BellSouth logo usage. 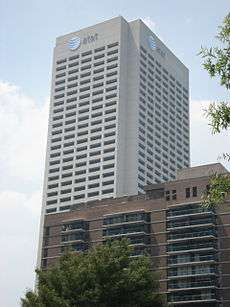 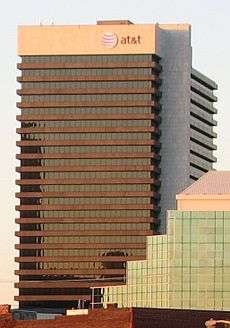 As of January 1, 2006, BellSouth customers no longer receive caller ID information from Sprint PCS customers. Any incoming call originating from a Sprint PCS cell phone will usually display the City, State format on the caller ID display instead of the name or business name associated with that number. Based on a 1996 agreement between Sprint and BellSouth, it is likely that this is a result of a ten-year contract. In 2003, Sprint sued BellSouth for $20 million as a result of Sprint claiming Bellsouth violated a 1996 contract by not providing Sprint caller-identification information to BellSouth customers.[6]

Similar caller ID "deals" have been left to the consumer to fight either with their own carrier or through government regulatory commissions for what they should have displayed on their caller ID device. In 2002, Sprint and SBC Communications could not come to an agreement on fees charged to carriers to look up the caller name information.[7][8]

In 2006, USA Today published an article which claimed that three of the largest United States carriers, including BellSouth, had been supplying calling records to the National Security Agency for all international and domestic calls. This data, the article claimed, is being used to create, "the largest database ever assembled."[9]

On May 16, 2006, BellSouth released a statement claiming that no contract with the NSA existed and that they had never provided information such as calling records to the NSA.[10]

"On May 15, BellSouth said it could not categorically deny participation in the program until it had conducted a detailed investigation. BellSouth said that internal review concluded that the company did not contract with the NSA or turn over calling records."[11]