Betty Blythe (September 1, 1893 – April 7, 1972) was an American actress best known for her dramatic roles in exotic silent films such as The Queen of Sheba (1921). She appeared in 63 silent films and 56 talking pictures (known as talkies) over the course of her career.[1]

She is famous for being one of the first actresses to appear on film in the nude, or nearly so, during the Roaring Twenties.

She is reported to have said, "A director is the only man besides your husband who can tell you how much of your clothes to take off."[2] 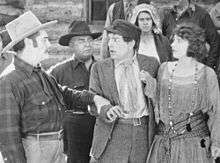 With Lon Chaney (center) in Nomads of the North

Born Elizabeth Blythe Slaughter, she began her stage work in such theatrical pieces as So Long Letty and The Peacock Princess.[3] She worked in vaudeville as the "California Nightingale" singing songs such as "Love Tales from Hoffman".[4]

After touring Europe and the States, she entered films in 1918 at the Vitagraph Studios in Brooklyn, then she was brought to Hollywood's Fox studio as a replacement for actress Theda Bara.

As famous for her revealing costumes as for her dramatic skills, she became a star in such exotic films as The Queen of Sheba (1921) (in which she wore nothing above the waist except a string of beads), Chu-Chin-Chow (made in 1923; released by MGM in the US 1925) and She (1925).

She was also seen to good advantage in less revealing films like Nomads of the North (1920) with Lon Chaney and In Hollywood with Potash and Perlmutter (1924), produced by Samuel Goldwyn.

Other roles were as an opera star, unbilled in Garbo's The Mysterious Lady. She continued to work as a character actress. One of her last roles was a small uncredited role in a crowd scene in 1964's My Fair Lady.

Blythe was married to the movie director Paul Scardon from 1919 until his death in 1954. She reportedly made $3,500,000 when she sold a section of land that is now part of the Sunset Strip.[5] She lost her fortune in the 1929 stock market crash.[6] In May 1967, her forthcoming marriage to former film executive Manuel de Encio was announced.

Betty Blythe died of a heart attack in Woodland Hills, California in 1972, aged 78. She is buried at Forest Lawn Memorial Park in Glendale, California.

For her contribution to the motion picture industry, Betty Blythe has a star on the Hollywood Walk of Fame[7] located at 1706 Vine Street.[8] 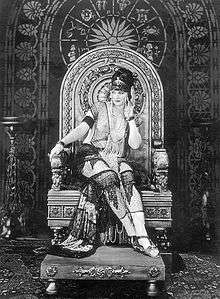 Betty Blythe as Queen of Sheba. 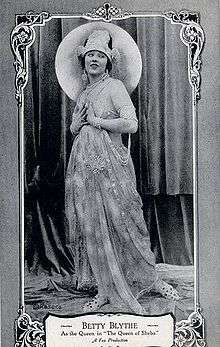 Betty Blythe as Queen of Sheba on a 1922 postcard. 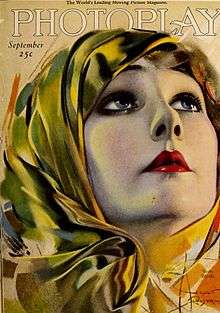 Betty Blythe illustrated on the cover of the September 1921 issue of Photoplay by Rolf Armstrong.