Bill Dedman (born 1960) is a Pulitzer Prize-winning American journalist, an investigative reporter for Newsday, and co-author of the No. 1 bestselling biography of reclusive heiress Huguette Clark, Empty Mansions: The Mysterious Life of Huguette Clark and the Spending of a Great American Fortune.[1][2] 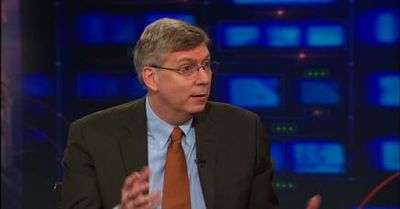 Journalist Bill Dedman, co-author of the No. 1 bestseller Empty Mansions: The Mysterious Life of Huguette Clark and the Spending of a Great American Fortune, appeared on The Daily Show with Jon Stewart on Sept. 10, 2013.

Often relying on public records as much as insider accounts, Dedman has reported and written influential investigative articles on racial discrimination by mortgage lenders,[3] racial profiling by police,[4] interrogation of detainees at the Guantanamo Bay detention camp,[5][6] and efforts to understand and prevent school shootings.[7] His work includes one of the early examinations, in 1990, of the cover-up by the Roman Catholic Church of allegations of sexual abuse by a priest.[8][9][10]

In 1989, Dedman received the Pulitzer Prize for Investigative Reporting for The Color of Money,[11] his series of articles in 1988 in Bill Kovach's Atlanta Journal-Constitution on racial discrimination by banks and other mortgage lenders in middle-income black neighborhoods. In addition to raising awareness of redlining of minority areas, and leading Congress to expand disclosure of data allowing analysis of racial patterns in mortgage data, The Color of Money was an influential early example of computer-assisted reporting, data journalism, and data-driven journalism.

From 2006 to 2014, Dedman was an investigative reporter for NBC News and NBCNews.com, formerly known as msnbc.com, uncovering stories including firefighter deaths from faulty equipment,[12] fraud in Pentagon efforts to identify war dead,[13] widespread failures to inspect highway bridges,[14][15] efforts by U.S. officials to hide the risk of earthquake damage to nuclear power plants,[16] hidden visitor logs at the Obama White House,[17] suppression of Hillary Rodham Clinton's college thesis at the request of the Clinton White House,[18][19] and journalists making campaign contributions.[20]

In September 2014, he joined Newsday, the daily newspaper on Long Island, N.Y., as a senior writer, reporting investigative stories in print, online, and on television for Newsday and its sister cable television channel, News 12 Long Island.[21] 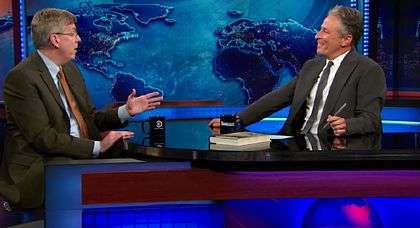 While working for NBC News as an investigative reporter, Dedman uncovered the case of the reclusive copper heiress Huguette Clark. He documented her life in a series of reports on NBCNews.com and The Today Show in 2010-2012.[22] Dedman reported the Clark mystery first in an online slideshow, a series of 47 photos with 2,788 accompanying words in captions. The slideshow attracted more than 75 million page views, more than any story in the website's history.[23]

Published September 10, 2013, by Ballantine Books, Empty Mansions debuted at No. 4 on The New York Times Best Seller list for hardcover nonfiction, and was the No. 1 bestselling nonfiction e-book in America.[26][27][28] Empty Mansions has been published in translation in China, Brazil, and Italy, and in English in the U.S., Canada, the United Kingdom, and Commonwealth countries.[29]

Born in Chattanooga, Tennessee, Dedman grew up in neighboring Red Bank, Tennessee. He started in journalism at age 16 as a copy boy at The Chattanooga Times.

He graduated from the Baylor School in Chattanooga. He attended Washington University in St. Louis, writing for the student newspaper Student Life and editing part time for The St. Louis Post-Dispatch, but dropped out of college to work as the reporter at The Daily Star-Journal in Warrensburg, Missouri.

Dedman was a copy editor and reporter at newspapers in Chattanooga, then a reporter for the Knoxville News Sentinel, the Atlanta Journal-Constitution, The Washington Post, and The Boston Globe. He was the first director of computer-assisted reporting for The Associated Press. He has covered news and sports part time for The New York Times, including the home run record chase between Mark McGwire and Sammy Sosa in 1998 and 1999.[31]

He taught advanced reporting as an adjunct lecturer at Boston University, Northwestern University and the University of Maryland, and has taught seminars for many news organizations and associations.

In addition to serious investigative reporting, Dedman has done quirky stories, including his account in The Washington Post of discovering the 1989 DC Prostitute Expulsion, when police officers attempted to force sex workers to march down 14th Street, past the Washington Monument and across the 14th Street Bridge toward Virginia.[34]

Dedman served for six years on the board of directors of Investigative Reporters and Editors. He also created Power Reporting, an early website of databases to assist journalists in research.

He is married to Pulitzer Prize-winning journalist and author Pam Belluck.[35]