Blankenfelde-Mahlow is a municipality in the Teltow-Fläming district of Brandenburg, Germany. It is situated approximately 3 kilometres (2 miles) south of Berlin. 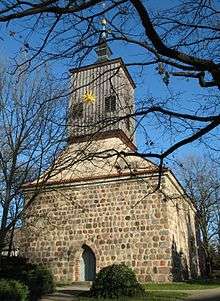 The municipality shared its borders with the former West Berlin, and so during the period 1961-1990 it was separated.

Blankenfelde-Mahlow is the most populous rural municipality ("Gemeinde") in what was formerly East Germany, and the 9th-most populous overall in Germany (as of 31 December 2012).