The British Heart Foundation was founded in 1961 by a group of medical professionals, who were concerned about the increasing death rate from cardiovascular disease. They wanted to fund extra research into the causes, diagnosis, treatment and prevention of heart and circulatory disease.

It is a major funder and authority in cardiovascular research, education and care, and relies predominantly on voluntary donations to meet its aims. In order to increase income and maximise the impact of its work, it also works with other organisations to combat premature death and disability from cardiovascular disease. 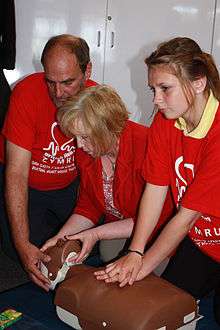 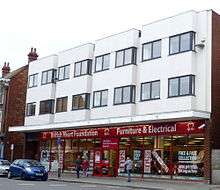 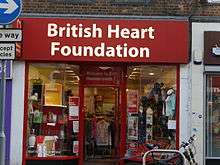 BHF invested a £90.7 million in research during the year. They also invested £29.1m in Prevention and Care work including healthcare professionals, putting defibrillators in public places and producing heart health resources for all age groups. BHF also awarded money to six new projects under the Hearty Lives initiative. They also continued their Heart Information Series which teaches people how to save peoples lives.

Case studies of how BHF work has helped individuals can be found in their here . This includes examples of their research work and local volunteering activity.

The British Heart Foundation sponsored two television series produced by Twofour, Kitchen Detective and Kid's Fit Squad. Both series encouraged healthy eating and exercise with practical advice for families, and aired on the Discovery Health channel. The BHF, along with Cancer Research UK, is a major backer of the anti-tobacco campaign group Action on Smoking and Health.[2]

The BHF is mainly funded by legacies and wills, accounting for 40% of their income, the rest is made up of other voluntary income (31%), profit from the retail division (23%) and investment income (5%)

The charity organises a sponsored skipping challenge through schools, in which the participating schools are entitled to retain 20% of the money raised.[6]

Other annual campaigns include National Heart Month (held throughout February), Wear Red Day and The Big Donation as well as many other campaigns to recruit volunteers, raise awareness of BHF, sell stock and increase donations.

British duo Knock Twice released their debut single "I Heart You" in aid of the British Heart Foundation on 8 February 2010.

In December 2010 Victoria Wood performed a show called "The Angina Monologues" for The British Heart Foundation with the strapline "Beating Heart Disease one laugh at a time".[7] 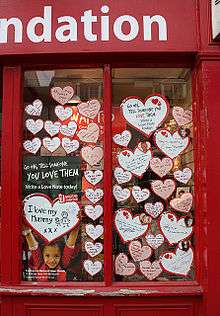 The British Heart Foundation Shops Division was founded in 1986, and was renamed Retail Division in 2010. The BHF run a large chain of charity shops throughout England, Wales and Scotland, as of August 2013 they run over 730 shops which include over 160 furniture and electrical shops (or F+E shops), and they are looking to acquire more sites in the coming years. The BHF Retail division makes roughly £31 million every year accounting for 23% of the overall income of BHF, an increase of just over £2m from the previous year.

BHF shops are predominantly staffed by roughly 20,000 volunteers and each shop also has a paid staff made up of a shop manager, assistant manager and may also have a shop assistant.

The British Heart Foundation were the first charity shops to Gift Aid their donations to get extra money by claiming the tax back from the donor.

The Retail Director is Mike Taylor and the headquarters of the retail division is based in Claygate, England. The BHF has 730 shops across the UK.

The charity is one of four organisations subject to a national boycott campaign regarding their funding of animal research. "Animal Aid plans to take out a series of newspaper adverts urging the public to stop giving money to Cancer Research UK, the British Heart Foundation, the Alzheimer's Society and Parkinson's UK unless they end their support for animal testing."[8][9] In November 2011 a protest took place calling for the BHF and the University of Leeds to stop carrying out co-funded "lethal experiments" on dogs. The pressure group Animal Aid stated that 100 dogs had died since 1988 during the experiments.[10][11]

The BHF has responded to these criticisms by saying the charity only funds animal research after grant applications have gone through an independent peer review process and follows the three Rs principles when considering such grants.[12]