Brookhaven National Laboratory (BNL) is a United States Department of Energy national laboratory located in Upton, New York, on Long Island, and was formally established in 1947 at the site of Camp Upton, a former U.S. Army base. Its name stems from its location within the Town of Brookhaven, approximately 60 miles east of New York City.

BNL is staffed by approximately 2,750 scientists, engineers, technicians, and support personnel, and hosts 4,000 guest investigators every year.[2] The laboratory has its own police station, fire department, and ZIP code (11973). In total, the lab spans a 5,265-acre (21 km2) area that is mostly coterminous with the hamlet of Upton, New York. BNL is served by a rail spur operated as-needed by the New York and Atlantic Railway. Co-located with the laboratory is the Upton, New York, forecast office of the National Weather Service.

Although originally conceived as a nuclear research facility, Brookhaven Lab's mission has greatly expanded. Its foci are now:

Brookhaven National Lab was originally owned by the Atomic Energy Commission and is now owned by that agency's successor, the United States Department of Energy (DoE). DoE subcontracts the research and operation to universities and research organizations. It is currently operated by Brookhaven Science Associates LLC, which is an equal partnership of Stony Brook University and Battelle Memorial Institute. From 1947-1998, it was operated by Associated Universities, Inc. (AUI), but AUI lost its contract in the wake of two incidents: a 1994 fire at the facility's high-beam flux reactor that exposed several workers to radiation and reports in 1997 of a tritium leak into the groundwater of the Long Island Central Pine Barrens on which the facility sits.[8][9]

Following World War II, the US Atomic Energy Commission was created to support government-sponsored peacetime research on atomic energy. The effort to build a nuclear reactor in the American northeast was fostered largely by physicists Isidor Isaac Rabi and Norman Foster Ramsey Jr., who during the war witnessed many of their colleagues at Columbia University leave for new remote research sites following the departure of the Manhattan Project from its campus. Their effort to house this reactor near New York City was rivalled by a similar effort at the Massachusetts Institute of Technology to have a facility near Boston. Involvement was quickly solicited from representatives of northeastern universities to the south and west of New York City such that this city would be at their geographic center. In March 1946 a nonprofit corporation was established that consisted of representatives from nine major research universities — Columbia, Cornell, Harvard, Johns Hopkins, MIT, Princeton, University of Pennsylvania, University of Rochester, and Yale University. [10]

Soldiers during World War I at the Camp Upton site, which would in 1947 be repurposed as BNL

Out of 17 considered sites in the Boston-Washington corridor, Camp Upton on Long Island was eventually chosen as the most suitable in consideration of space, transportation, and availability. The camp had been a training center from the US Army during both World War I and World War II. After the latter war, Camp Upton was deemed no longer necessary and became available for reuse. A plan was conceived to convert the military camp into a research facility.

On March 21, 1947, the Camp Upton site was officially transferred from the U.S. War Department to the new U.S. Atomic Energy Commission (AEC), predecessor to the U.S. Department of Energy (DOE). 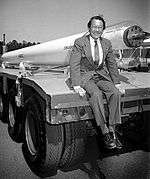 In 1952 Brookhaven began using its first particle accelerator, the Cosmotron. At the time the Cosmotron was the world's highest energy accelerator, being the first to impart more than 1 GeV of energy to a particle. The Cosmotron was retired in 1966, after it was superseded in 1960 by the new Alternating Gradient Synchrotron (AGS). The AGS was used in research that resulted in 3 Nobel prizes, including the discovery of the muon neutrino, the charm quark, and CP violation. The National Synchrotron Light Source operated from 1982-2014 and was involved with two Nobel Prize-winning discoveries. It has since been replaced by the National Synchrotron Light Source II. The Relativistic Heavy Ion Collider (RHIC) has been operational since 2000. One of the world's only two operating heavy-ion colliders, RHIC is as of 2010 the second-highest-energy collider after the Large Hadron Collider. RHIC is housed in a tunnel 2.4 miles (3.9 km) long and is visible from space.

The Center for Functional Nanomaterials (CFN)

It is a contributing partner to ATLAS experiment, one of the four detectors located at the Large Hadron Collider (LHC). It is currently operating at CERN near Geneva, Switzerland.[22]

Brookhaven was also responsible for the design of the SNS accumulator ring in partnership with Spallation Neutron Source in Oak Ridge, Tennessee.

For other than approved Public Events, the Laboratory is closed to the general public. The lab is open to the public on several Sundays during the summer for tours and special programs. The public access program is referred to as 'Summer Sundays' and takes place on four Sundays from mid-July to mid-August, and features a science show and a tour of the lab's major facilities.[24] The laboratory also hosts science fairs, science bowls, and robotics competitions for local schools, and lectures, concerts, and scientific talks for the local community. The Lab estimates that each year it enhances the science education of roughly 35,000 kindergarten to 12th grade LI students, more than 200 undergraduates, and 550 teachers from across the United States.

In January 1997, ground water samples taken by BNL staff revealed concentrations of tritium that were twice the allowable federal drinking water standards—some samples taken later were 32 times the standard. The tritium was found to be leaking from the laboratory's High Flux Beam Reactor's spent-fuel pool into the aquifer that provides drinking water for nearby Suffolk County residents.

DOE's and BNL's investigation of this incident concluded that the tritium had been leaking for as long as 12 years without DOE's or BNL's knowledge. Installing wells that could have detected the leak was first discussed by BNL engineers in 1993, but the wells were not completed until 1996. The resulting controversy about both BNL's handling of the tritium leak and perceived lapses in DOE's oversight led to the termination of AUI as the BNL contractor in May 1997.

The responsibility for failing to discover Brookhaven's tritium leak has been acknowledged by laboratory managers, and DOE admits it failed to properly oversee the laboratory's operations. Brookhaven officials repeatedly treated the need for installing monitoring wells that would have detected the tritium leak as a low priority despite public concern and the laboratory's agreement to follow local environmental regulations. DOE's on-site oversight office, the Brookhaven Group, was directly responsible for Brookhaven's performance, but it failed to hold the laboratory accountable for meeting all of its regulatory commitments, especially its agreement to install monitoring wells. Senior DOE leadership also shared responsibility because they failed to put in place an effective system that encourages all parts of DOE to work together to ensure that contractors meet their responsibilities on environmental, safety and health issues. Unclear responsibilities for environment, safety and health matters has been a recurring problem for DOE management.

Since 1993, DOE has spent more than US$580 million on remediating soil and groundwater contamination at the lab site and completed several high-profile projects. These include the decommissioning and decontamination of the Brookhaven Graphite Research Reactor,[25] removal of mercury-contaminated sediment from the Peconic River, and installation and operation of 16 on- and off-site groundwater treatment systems that have cleaned more than 25 billion gallons of groundwater since 1996.[26]

Shortly after winning the contract to operate the lab in 1997, BSA formed a Community Advisory Council (CAC) to advise the laboratory director on cleanup projects and other items of interest to the community. The CAC represents a diverse range of interests and values of individuals and groups who are interested in or affected by the actions of the Laboratory. It consists of representatives from 26 local business, civic, education, environment, employee, government, and health organizations. The CAC sets its own agenda, brings forth issues important to the community, and works to provide consensus recommendations to Laboratory management.[27]