During British colonial rule in India, the agency that carried out governmental business was called the Governor-General-in Council. In 1946, the Council was renamed the Cabinet Secretariat.

After Independence in 1947, the functions of the Secretariat underwent major changes. A series of committees on economic, defence and intelligence matters were constituted under the Cabinet Secretariat. Most of the departments created after Independence functioned under the Cabinet Secretariat, and were later on shifted to the respective ministries. The position holder is accountable for ensuring that the civil service is equipped with the skills and capability to meet the everyday challenges it faces and that civil servants work in a fair and decent environment.

The following are the functions of a Cabinet Secretary:

Power and Role in Government 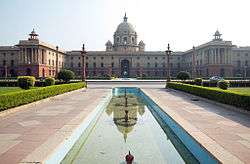 In the Government of India Allocation of Business Rules, 1961 "Cabinet Secretariat" finds a place in the First Schedule to the Rules. The subjects allotted to this Secretariat are, firstly, secretarial assistance to Cabinet and Cabinet Committees, and secondly, the administration of the Rules of Business.

The Cabinet Secretariat is responsible for the administration of the Government of India Transaction of Business Rules, 1961 and the Government of India Allocation of Business Rules 1961, facilitating smooth transaction of business in Ministries/Departments of the Government by ensuring adherence to these rules. The Secretariat assists in decision-making in Government by ensuring Inter-Ministerial coordination, ironing out differences amongst Ministries/Departments and evolving consensus through the instrumentality of the standing/adhoc Committees of Secretaries. Through this mechanism new policy initiatives are also promoted.

The Cabinet Secretariat ensures that the President of India, the Vice-President and Ministers are kept informed of the major activities of all Departments by means of a monthly summary of their activities. Management of major crisis situations in the country and coordinating activities of the various Ministries in such a situation is also one of the functions of the Cabinet Secretariat.

Head of the All India Civil Services

As head of the All India Civil Services, the incumbent position holder is accountable for ensuring that the Civil Services are equipped with the skills and capability to meet the everyday challenges it faces and that civil servants work in a fair and decent environment. The Cabinet Secretary is arguably India's most powerful bureaucrat and right hand of Prime Minister of India.