The Civil Services refer to the civil services, the permanent executive branch of the Republic of India. The civil service system is the backbone of the administrative machinery of the country.[1][2]

In the parliamentary democracy of India, the ultimate responsibility for running the administration rests with the elected representatives of the people which are the ministers. But the handful of ministers cannot be expected to deal personally with the manifold problems of modern administration. Thus the ministers lay down the policy and it is for the civil servants to carry out this policy.

As of year 2010, there are total 6.4 million government employees in India, and less than 50,000 civil servants to administer them.[3] The civil service system in India is rank-based and does not follow the tenets of the position-based civil services.[2]

In October 2015, the Government of India approved the formation of "new" Indian Skill Development Service-Group A.[4][5]

With the passing of the Government of India Act 1919, the Imperial Services headed by the Secretary of State for India, were split into two – All India Services and Central Services.[9]

The All India and class 1 Central Services were designated as Central Superior Services as early as 1924.[10] From 1924 to 1934, Administration in India consisted of "ten"[10] All India Services and five central departments, all under the control of Secretary of State for India, and 3 central departments under joint Provincial and Imperial Control.

The present modern civil service was formed after the partition of India in 1947. It was Sardar Patel's vision that the Civil Service should strengthen cohesion and national unity. The values of integrity, impartiality and merit remain the guiding principles of Indian civil services.

Since the early 20th century, Indian civil servants have been colloquially called "babus",[11] while Indian bureaucracy is called "babudom", as in the "rule of babus", especially in Indian media.[12][13][14]

The constitution under Article 312[15] provides for All India Civil Services branches to be set up by giving the power to the Rajya Sabha (upper house of the Parliament of India) to resolve by a two-thirds majority to establish new all-India services. The Indian Administrative Service, Indian Police Service and Indian Forest Service are set up under this constitutional provision.[16] 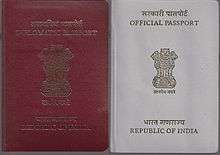 The responsibility of the civil services is to run the administration of India. The country is managed through a number of Central Government agencies in accordance with the policy directions given by the ministries.

The members of the civil services represent as administrators in the central government and state government; emissaries in the foreign missions/embassies; as tax collectors and revenue commissioners; as civil service commissioned police officers; as permanent representative(s) and employees in the United Nations and its agencies and as Chairman, Managing Director, full-time functional Director/Member of the Board of Management of various Public Sector Undertakings/ Enterprises, Corporations, Banks and financial institutions. Civil servants are employed to various agencies of India and can also be appointed as advisors or special duty officers or private secretaries to ministers of the Union and the State Government.[17][18]

Head of the Civil Service

The highest ranking civil servant is the Cabinet Secretary. He is ex-officio Chairman of the Civil Services Board; the chief of the Indian Administrative Service and head of all civil services under the rules of business of the Government of India. He also holds the 11th position in the Order of Precedence of India.

The position holder is accountable for ensuring that the Civil Service is equipped with the skills and capability to meet the everyday challenges it faces and that civil servants work in a fair and decent environment.

A member of the civil service in discharge of his/her functions is to be guided by maintaining absolute integrity, allegiance to the constitution and the law of the nation, patriotism, national pride, devotion to duty, honesty, impartiality and transparency.[20]

The Government of India promotes values and a certain standard of ethics of requiring and facilitating every civil servant:[20]

All appointments to All India Civil Services are made by the President of India.

The Central Civil Services are concerned with the administration of the Union Government.

All appointments to Civil Services, Group A[24] are made by the President of India.

All appointments to Group B are made by the authorities specified by a general or special order of the President. However,Appointing authority of officers of the Central Secretariat Service is the President of India himself.

The Provincial Civil Services (also known as State Civil Services) examinations and recruitments are conducted by the individual states of India. The state civil services deals with subjects such as land revenue, agriculture, forests, education etc. The officers are recruited by different States through the State Public Service Commissions.

As of 2011, in a duration of past three years over 450 chargesheets have been filed and a total of 943 cases are at different stages of investigation by CBI against civil servants.[31][32]

A study by the Hong Kong-based Political and Economic Risk Consultancy, released in 2012, ranked and rated Indian bureaucracy as the worst in Asia with a 9.21 rating out of 10. According to the study, India's inefficient and corrupt bureaucracy was responsible for most of the complaints that business executive have about the country.[34][35][36] A paper prepared in 2012 by the Ministry of Personnel, Public Grievances and Pensions states that corruption is prevalent at all levels in civil services and it is institutionalised.[37][38]

On 28 November 2011, the Department of Personnel and Training (DOPT) of the Ministry of Personnel, Public Grievances and Pensions created a proposal to retire and remove incompetent, inefficient and unproductive All India Service officers after 15 years of service, instead of tolerating them until their retirement. Former Cabinet Secretary TSR Subramanian welcomed this move with caution, saying, "Periodical weeding out is very good. But the process to determine who needs to be prematurely retired should be fair and transparent. There is a possibility that even good officers may be targeted because of political reasons,". Former UPSC chairman PC Hota echoed his sentiments remarking that, "We need drastic remedies. The situation has become terrible. The other day an officer in Delhi was arrested for disproportionate assets of Rs.31.5 million. She is just a 2000-batch Indian Administrative Service (IAS) officer with 11 years of service. But at the same time, the officers' service records should be analysed before a decision against him was taken".[39][40][41] The proposal has been accepted and rule 16(3) of the All India Services (death-cum-retirement benefits) Rules of 1958 was amended on 31 January 2012.[39][41][42]

In October 2013, the Supreme Court of India, in the case of TSR Subramanian & Ors vs Union of India & Ors [43] ordered both Government of India and State governments to ensure fixed tenure to civil servants. The court asked senior bureaucrats to write down the oral instructions from politicians so that a record would be kept of all the decisions. This judgement was seen on the similar lines of the Supreme Court's 2006 judgement in Prakash Singh case on police reforms.[44][45] The judgement was welcomed by various bureaucrats and the media who hoped that it will help in giving freedom and independence to the functioning of bureaucracy.[46][47]

"Much of the deterioration in the functioning of bureaucracy is due to political interference."

To recruit better candidates for the various services, UPSC brought about changes in the Prelims stage of the Civil Services Examination in 2011 by abolishing the optional subject paper and introducing the Civil Services Aptitude Test (CSAT). Further changes were made in the Mains stage of the exam from 2013 onwards. Despite recent revisions, the contents of the exam are still same and the quality of the candidates is dropping day by day. It requires lot of cramming power to succeed in this exam. Since, only people with no opportunities in private sector, get the time and the patience to prepare for 2-3 years for civil services, the quality of the candidates have really become very low, as the better candidates go for MBA or offshore assignments in IT companies to US.

In 2016, the Ministry of Finance for the first time, dismissed 72 and prematurely retired another 33 Indian Revenue Service officers for non-performance and on disciplinary grounds.[48][49]

The Civil Service Day is celebrated on 21 April every year.[50] The purpose for this day is to rededicate and recommit themselves to the cause of the people. It is observed by all Civil Services. This day gives civil servants the opportunity for introspection and thinking about future strategies to deal with the challenges being posed by the changing times.[51]

On this occasion, all officers of Central and State Governments are honoured for excellence in public administration by the Prime Minister of India. The 'Prime Minister Award for Excellence in Public Administration' is presented in three categories. Under this scheme of awards instituted in 2006, all the officers individually or as group or as organisation are eligible.[51]