The California State Teachers' Retirement System (CalSTRS) provides retirement, disability and survivor benefits for California's 868,493 prekindergarten through community college educators and their families.[1] CalSTRS was established by law in 1913 and is part of the State of California's Government Operations Agency. As of November 2013, CalSTRS is the largest teachers' retirement fund in the United States. CalSTRS is also currently the thirteenth largest public pension fund in the world.[2] As of November 30, 2015, CalSTRS managed a portfolio worth $188.4 billion.[3]

The Teachers' Retirement Fund is a special trust fund established by law that holds the assets of the following programs:

The assets come from contributions by members, employing school districts, investment earnings and appropriations from the State of California's General Fund.[1] The fund's investments create a stream of income to add to those assets.

The Teachers' Retirement Board sets policies, makes rules for and administers CalSTRS. The Board is also responsible for ensuring benefits are paid by the system in accordance with law.

The 12-member Teachers' Retirement Board is made up of:[6]

In February 2002, the Board appointed Jack Ehnes as Chief Executive Officer of CalSTRS to administer the system consistent with the Board's policies and rules. The Board also selected a Chief Investment Officer, (CIO) Christopher J. Ailman, to direct the investments of the Teachers' Retirement Fund in accordance with board policy.

Two advisory committees meet regularly to provide forums for active participation in the formation of CalSTRS policies and procedures. The Employer Advisory Committee is composed of county and district employer representatives and CalSTRS staff and meets quarterly, and the Client Advisory Committee includes CalSTRS staff and members from various organizations representing CalSTRS members and benefit recipients and meets regularly coinciding with Board meeting dates.

The Board has supported a variety of corporate governance initiatives and actions aimed at keeping the fund stable. A few of the actions taken include:[7]

On May 28, 2009, CalSTRS announced that individual proxy votes will be publicly available online through a partnership with ProxyDemocracy.org, a nonprofit organization that offers free online investment information about portfolio companies.[10][11]

Like other large pension plans, CalSTRS had previously announced its proxy-vote intentions on selective companies. The addition of online disclosure opens the process to all CalSTRS portfolio companies, allowing other shareholders to know how the pension fund will vote.

On January 9, 2013, the Teachers' Retirement Board Investment Committee directed staff to "begin the process of divestment from firearm companies that manufacture weapons that are illegal in California."[13] 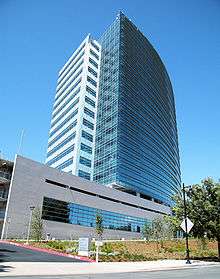 Opened in June 2009, the CalSTRS headquarters building in West Sacramento is expected to meet members' needs through 2049. Growth in membership, the difference and complexity of the needs of a new generation of retiring teachers, and the need to operate more efficiently and sustainably led to the decision to build a new headquarters. The building, a $266 million, 13-story office tower above two levels of public space,[14] is part of the Sacramento Riverfront Master Plan.

The headquarters was designed to meet the Gold certification LEED designation set by the U.S. Green Building Council.[15] Its construction was done by numerous Local Unions and with the aid of Architectural Glass and Aluminum which served as the Glazing Contractor on the project. [16]It is expected that construction of the CalSTRS headquarters will add momentum to former California Governor Arnold Schwarzenegger's push for "green" buildings and speed up a similar movement in private construction.[17] A few of the features[17] designed into the building to qualify for LEED Gold certification are: