The Chepakovich valuation model uses the discounted cash flow valuation approach. It was first developed by Alexander Chepakovich in 2000 and perfected in subsequent years.[1] The model was originally designed for valuation of “growth stocks” (ordinary/common shares of companies experiencing high revenue growth rates) and is successfully applied to valuation of high-tech companies, even those that do not generate profit yet. At the same time, it is a general valuation model and can also be applied to no-growth or negative growth companies. In a limiting case, when there is no growth in revenues, the model yields similar (but not the same) valuation result as a regular discounted cash flow to equity model. 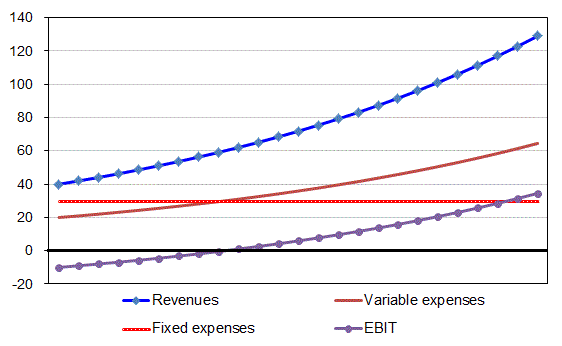 The key distinguishing feature of the Chepakovich valuation model is separate forecasting of fixed (or quasi-fixed) and variable expenses for the valuated company.[2] The model assumes that fixed expenses will only change at the rate of inflation or other predetermined rate of escalation, while variable expenses are set to be a fixed percentage of revenues (subject to efficiency improvement/degradation in the future – when this can be foreseen). Chepakovich suggested that the ratio of variable expenses to total expenses, which he denoted as variable cost ratio, is equal to the ratio of total expenses growth rate to revenue growth rate.[3] This feature makes possible valuation of start-ups and other high-growth companies on a fundamental basis, i.e. with determination of their intrinsic values. Such companies initially have high fixed costs (relative to revenues) and small or negative net income. However, high rate of revenue growth insures that gross profit (defined here as revenues minus variable expenses) will grow rapidly in proportion to fixed expenses. This process will eventually lead the company to predictable and measurable future profitability. Unlike other methods of valuation of loss-making companies, which rely primarily on use of comparable valuation ratios, and, therefore, provide only relative valuation, the Chepakovich valuation model estimates intrinsic (i.e. fundamental) value.

Other distinguishing and original features of the Chepakovich valuation model are:

Performance of the model in 2015

For the whole of 2015, U.S. stocks rated by the Chepakovich valuation model demonstrated the following performance:[6]

The chart below depicts time-series of average stock performance (in %) in each of the stock rating category throughout the year 2015 in comparison with the performance of the S&P 500 index. 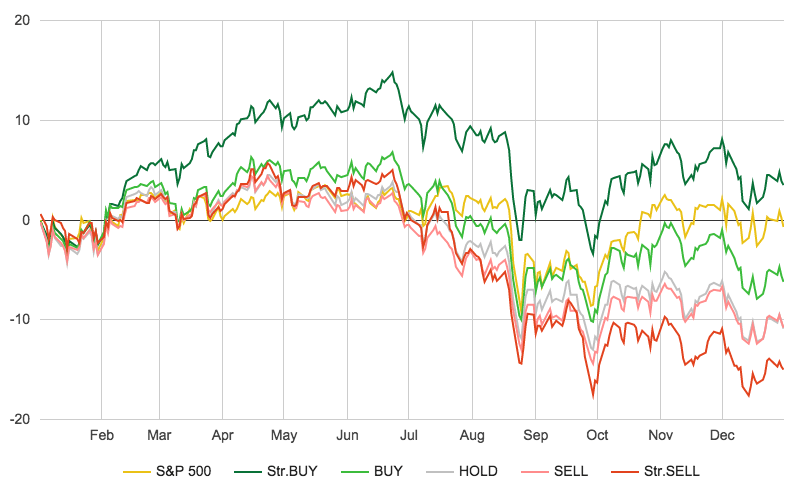