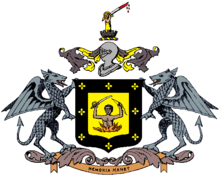 Chhota Udaipur was the capital of the erstwhile Princely State of Chhota Udaipur, founded in 1743 by Rawal Udeysinhji, a descendant of Patai Rawal of Champaner. This state was a second class state under Rewa Kantha Agency and merged with the Union of India on March 10, 1948.

The Kali Niketan (Nahar Mahal) palace, built as the summer residence of the erstwhile royal family is a notable monument in Chhota Udaipur. Chhota Udaipur is also known for the Rathwas in and around the city. The Rathwas are known for Pithora painting, usually carried out on the walls of the village houses. The tribal museum of Chhota Udaipur has a large collection of tribal artefacts. Many tribal artefacts are also brought for sale in the hats (weekly markets) in the city and nearby villages. Industries in largest dolomite lums and powder.