The Cincinnati Bearcats are the NCAA athletic teams representing the University of Cincinnati in Cincinnati, Ohio. The school's athletic teams are members of the American Athletic Conference (The American), which from 1979 to 2013 was known as the Big East Conference. Cincinnati is currently the only member of The American that is located in the Midwestern United States, all other members are in the Northeast or South. 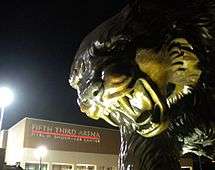 The Bearcat statue in front of Fifth Third Arena

The Bearcat became the UC mascot on October 31, 1914 in a football game against the UK Wildcats. The key players in the birth of the Bearcat were a star UC player named Baehr, a creative cheerleader, and a talented cartoonist. During the second half of that hard-fought football game, UC cheerleader Norman "Pat" Lyon, building on the efforts of fullback Leonard K. "Teddy" Baehr, created the chant: "They may be Wildcats, but we have a Baehr-cat on our side." 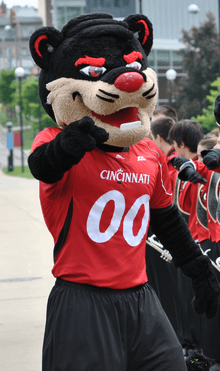 Current version of the Bearcat.

The crowd took up the cry: "Come on, Baehr-cat!" Cincinnati prevailed, 14–7, and the victory was memorialized in a cartoon published on the front page of the student newspaper, the weekly University News, on November 3. The cartoon, by John "Paddy" Reece, depicted a bedraggled Kentucky Wildcat being chased by a creature labeled "Cincinnati Bear Cat".

The name stuck, but not immediately. Following Teddy Baehr's graduation in 1916, the name dropped out of use, at least in print, for a few years. On November 15, 1919, Cincinnati played at Tennessee. Cincinnati Enquirer writer Jack Ryder's dispatch on the game was the first time that the major media called UC's teams "Bearcats." From then on, the university's teams were regularly called Bearcats.[2]

In 2008 the Cincinnati Zoo adopted a three-month-old binturong or "bearcat". The zoo had a public naming contest where they decided on the name "Lucy." Lucy is now a prominent figure at the University of Cincinnati and can often be found on Sheakley Lawn before home football games.

Below are 5 national team titles that were not bestowed by the NCAA:

The Bearcats won the NCAA Men's Division I Basketball Championship in 1961 and 1962, both times against Ohio State. The UC Dance Team has won 5 National Championships from 2004 through 2006, 2009 and again in 2015. They are the first team in UC history to ever capture three consecutive national titles. They remain one of the top dance programs in the country and are the winningest team in University of Cincinnati history. In 2009 the dance team was also selected to represent the United States of America in the first ever world dance championships where they won the gold medal in all three dance categories. The dance team was asked back to the world competition in 2015.[4] 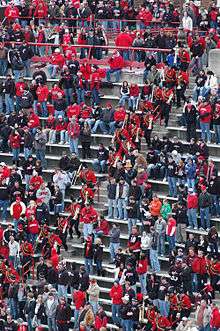 Cincinnati's men's basketball squads have been a perennial bracket team in the NCAA tournament. A prolific era in Bearcats basketball was during the late 1950s and early 1960s, when the Bearcats posted five consecutive Final Four appearances. Unanimous three-time All American guard Oscar Robertson led the nation in scoring during the 1957–58, 1958–59, and 1959–60 seasons and posted a career average of 33.8 points per game, which ranks as the third all-time best in Division I.

Cincinnati fell out of prominence during the early 1970s. After a brief resurgence in the mid-1970s, the program fell on hard times in the 1980s, but was revitalized under head coach Bob Huggins following his hiring in 1989. Under Huggins, the Bearcats compiled a 399–127 record in sixteen seasons, and posted fourteen straight NCAA tournament appearances. The most notable of the teams from the Huggins era was the 1991–1992 team, which lost to the Michigan Wolverines in the Final Four. In addition, Huggins was responsible for recruiting several future NBA players including Kenyon Martin, Corie Blount, Ruben Patterson, Nick Van Exel and DerMarr Johnson.

The university has a diverse number of intercollegiate club sports teams. Notable teams include alpine skiing (which competes in the United States Collegiate Ski and Snowboard Association), men's baseball, rowing, lacrosse, men's soccer, and the men's ice hockey team (which competes in the American Collegiate Hockey Association DII). The Tennis Club competes in the USTA Tennis on Campus and the Great Lakes Tennis Conference. The Waterski Team were 2008 DII National Champions. The University of Cincinnati Rugby Football Club was established in 1971 and competes in Division 1 college rugby in the MAC conference. The University of Cincinnati Women's Rugby Football Club was founded in 2012 and competes in Division 2 in the Ohio Valley Conference. In 2014 and 2015 UCWRFC competed in the Women's College Division 2 Fall Championship; advancing to the round of 8 in 2015.

Club sports at Cincinnati operate in a tier system. The top tier are the Tier 5 sports, which are classified as semi-varsity. These clubs operate at a level similar to a varsity team in sports for which Cincinnati lacks varsity representation, and the tier reflects the commitment these students dedicate to their club. The three Tier 5 semi-varsity sports as of 2013 are equestrian, men's ice hockey, and men's and women's rowing.[7] 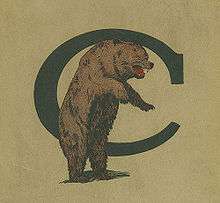 An early version of the UC Bearcats logo, from 1922

Cincinnati's oldest football rivalry, begun in 1888, is with Miami University, located in Oxford, Ohio about 40 miles to the northwest. The Victory Bell awarded to the winner of each contest.

Cincinnati and the University of Louisville battle for the Keg of Nails annually. This rivalry dates back to 1929. As of 2009, there are no nails in the Keg of Nails, nor does anyone know if there ever were any in the first place.

In basketball, the Bearcats' crosstown rival is the Xavier University Musketeers. Xavier is located less than 3 miles from the University of Cincinnati's main campus. The Bearcats and the Muskies meet annually in the popular Skyline Chili Crosstown Classic. The Bearcats also have basketball rivalries with the Temple Owls, Charlotte 49ers and Memphis Tigers, while Louisville Cardinals remains the biggest game.

Cincinnati also has an intermittent rivalry with Ohio State University and the University of Kentucky. Although Cincinnati does not play either school regularly, these are geographic rivals. Other than Louisville, they are the closest universities of similar size and stature. In 1960 Cincinnati lost to the California Golden Bears in the National Semi-Finals. The next two years, they beat Ohio State in both of its back-to-back national title games in basketball.

All of the athletic facilities (with the exception of Fifth Third Arena and Marge Schott Stadium) are open 24/7 for student use.[8] 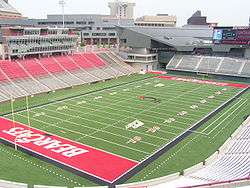 Since 1992, 700 WLW has been the radio home for Bearcats athletics. Dan Hoard has been the football and basketball play-by-play since 2000. Former Bearcat Chuck Machock started in 1992 as the analyst for basketball. Jim Kelly, a Bearcat wide receiver during the mid 1970s, provides analysys for football. Mo Egger an afternoon radio host on Cincinnati's ESPN 1530 is the football pregame and postgame show host. Former Bearcat QB Tony Pike in 2015 was named the new sideline reporter replacing Tom Gelehrter, Gelehrter the former football sideline reporter fills in for Dan Hoard, when Hoard is with the Bengals or when Bearcats Basketball and Football are scheduled to play on the same day at different sites. Gelehrter also handles play by-play for games televised on Fox Sports Ohio. When there is a conflict with the Reds 102.7 WEBN will usually air games, when a conflict with the Bengals 55KRC airs basketball games. Egger is the backup play-by-play man for basketball, when Gelehrter is calling the game on TV. Starting in 2008, Fox Sports Ohio became the local TV flagship station for basketball. during the 2015-16 Basketball season, Chuck Machock decided to reduce his travel schedule and not attend every road game as in previous years; due to an leg injury.[9] when this occurs, former Bearcat Terry Nelson will assume radio Analyst duties. 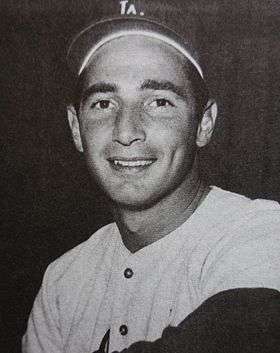