Cinderella is an American rock band from the suburbs of Philadelphia, Pennsylvania. The band emerged in the mid-1980s with a series of multi-platinum albums and hit singles whose music videos received heavy MTV rotation. Cinderella had a heavy metal sound initially before shifting more to hard rock/blues rock. By the mid-1990s, the band's popularity declined severely due to personal setbacks, break-ups, and changes in the music industry. Nonetheless, after a hiatus the band reunited and has continued to tour.[2] Though the band continues to tour, the band has not recorded any studio material since their 1994 album Still Climbing. The band has sold 15 million albums worldwide, according to Tom Keifer's official website.

Cinderella was formed in 1983 by singer-songwriter, keyboardist, and guitarist Tom Keifer and bassist Eric Brittingham. The initial lineup also included guitarist Michael Smerick and drummer Tony Destra. In 1985, Smerick and Destra left to form Britny Fox, another Philadelphia-based glam metal band. In a 2014 interview, Tom Keifer stated that Kiss bassist Gene Simmons first took interest in the band, and tried to get them a deal with Polygram, but they were not interested. Jon Bon Jovi saw them perform at the Empire Rock Club in Philadelphia and talked to his A&R man, Derek Shulman about seeing the group. Shulman was not convinced at first either, and wanted to sign the group to a six-month development deal. But after extensive negotiations, he finally signed the band.[5][6] In 1985, with a recording contract with Mercury/Polygram Records in the works, guitarist Jeff LaBar and drummer Jim Drnec joined the band.

During the recording of the band's debut album, Night Songs, studio session drummer Jody Cortez was brought in to help with the recording.[7] After the recording was completed, Drnec was replaced by Gloucester City, NJ drummer, Albie "Al" Barker, who just missed making the album's cover and the band's album line-up. Fred Coury joined the band and was in all MTV music videos and played in the upcoming tours. Night Songs was released on August 2, 1986 and eventually achieved triple platinum status, selling 50,000 copies per week at one point. The heavy metal album reached No. 3 on the Billboard charts in February 1987. By the end of 1987, the band released a video compilation called "Night Songs" to accompany the album, featuring the promotional videos from the album plus three live songs recorded on their 1986 tour.

Cinderella's second album, Long Cold Winter, was released in 1988. The new album signified a shift towards a blues rock sound, though it could still be described as glam metal. A 254-show tour to support the album lasted over 14 months and included dates on the Moscow Music Peace Festival alongside other metal acts, such as Ozzy Osbourne, The Scorpions, Mötley Crüe, Bon Jovi, and Skid Row. The tour's stage show included Tom Keifer being lowered to the stage while playing a white piano during their radio hit "Don't Know What You Got (Till It's Gone)". On April 17, 1990, the band released a video compilation called Tales from the Gypsy Road featuring four promo videos from Long Cold Winter plus two live medleys, the second of which contained a cover of Lynyrd Skynyrd's famous "Sweet Home Alabama".

Cinderella's third album, Heartbreak Station, was released in 1990. It featured more songs than Long Cold Winter that were influenced by Keifer's love of the blues. Following the accompanying tour, Fred Coury left the band and joined former Ratt vocalist Stephen Pearcy in the band Arcade.

In 1991, Keifer lost his voice due to a paresis of his vocal cords. He underwent several surgeries to repair a vocal cyst and hemorrhage.[8] This added to delays in the recording of the band's fourth album, Still Climbing. It was finally released in 1994 with Kenny Aronoff on drums, but the album quickly disappeared from the charts. Mercury Records consequently dropped the band which went on hiatus in 1995.[2]

Cinderella resumed activity in 1997, the same year Mercury Records released a greatest hits compilation titled Once Upon A... and a video compilation containing all the bands promo videos from the first three albums. The group toured the United States in 1998, with one concert stop captured on the live album Live at the Key Club, which was released in 1999 through Cleopatra Records.

Around 1999, the band was signed by John Kalodner to Sony Records. However, the band was dropped by the label before a new album could be released, plunging the band into three years of litigation.[9] Cinderella toured again in 2000 and 2002.

In 2006, Cinderella toured with Poison. Both bands celebrated the 20th anniversary of their debut albums, Night Songs and Look What the Cat Dragged In. Cinderella planned to tour in 2008 with Warrant, Lynch Mob, and Lynam, but on June 13 that year, Tim Heyne, the band's manager, said in a press release: “It is with unbelievably deep regret that I must announce that Cinderella's Tom Keifer's left vocal cord has hemorrhaged, thereby making it impossible for him to sing in the immediate future.” Lebar was interviewed by Ultimate-Guitar and stated that Cinderella would love to make a new record but there were obstacles holding the group back. They still were not signed to a record label after Sony dropped the band in 2000. Lebar also stated that he is busy with his new band, Freakshow, which features Frankie Banali of Quiet Riot, and Eric is busy with Naked Beggars. A message posted to the Cinderella message board in spring 2009 stated that Keifer's voice had returned to normal. Promoters from the 2009 Rock Gone Wild Festival confirmed that the band was scheduled to perform at two festivals in late summer or early fall 2009. 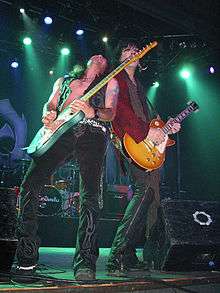 Cinderella confirmed on their message board that they would be touring in 2010 with two warm up dates already confirmed.[10] It was announced on February 22 that Cinderella will be a part of Rocklahoma 2010 in Pryor Oklahoma and Sweden Rock Festival 2010. On February 26, 2010, it was announced that Cinderella will be the headliner of the MSC Poesia sailing from Fort Lauderdale on November 11, 2010. July 2010, Cinderella took the stage to open for Bret Michaels, during the Common Ground Music Festival[11] in Lansing, MI, with an original line-up of stars including Tom Keifer, Eric Brittingham, Jeff LaBar and Fred Coury. They will then follow that with 14 dates in the US supporting Scorpions on their Get Your Sting and Blackout farewell tour.[12]

Cinderella played at the Download festival in the UK in June 2010,[13] the Rock Jam near Grand Junction, Colorado, Friday, August 27, and also the Oregon State Fair on September 4, 2010. In November 2010 Cinderella joined a variety of other hard rock acts on the cruise entitled "ShipRocked".

In 2011, Cinderella undertook a 25th anniversary world tour. 20 shows were confirmed from April through July.[14] During the tour, they headlined the first edition of the "Shout It Out Loud" Festival in Germany.[15]

In the summer of 2012 Cinderella did a US headlining tour with former Skid Row singer Sebastian Bach supporting them.

In March 2013, Cinderella played the 2013 Monsters of Rock Cruise along with bands such as Tesla, Kix, Queensrÿche and many others.[16] 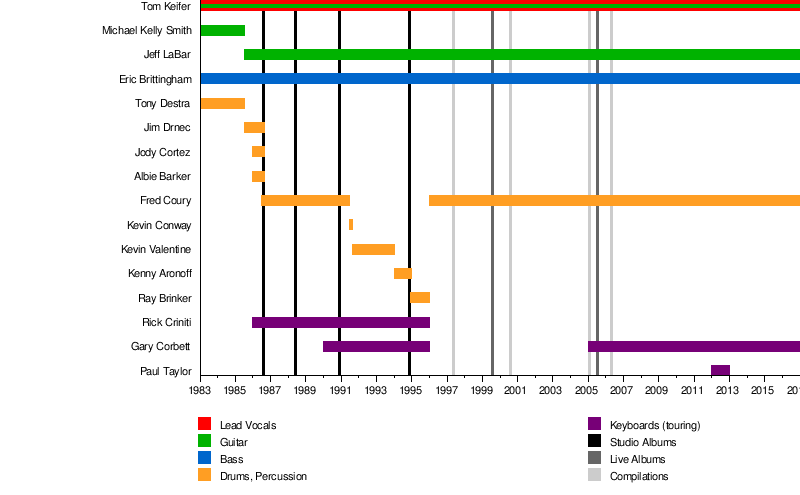