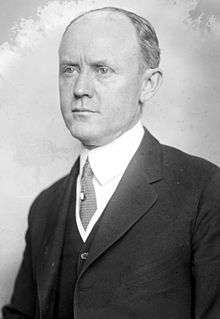 Born in Wright County, Missouri, Newton attended the common schools and Drury College at Springfield, Missouri. He was graduated from the law department of the University of Missouri in 1902. He was admitted to the bar and commenced practice in Hartville, Missouri, the same year. He served as member of the State house of representatives in 1902–1906. He served as assistant United States attorney for the western district of Missouri from 1905 to 1907, when he resigned to become assistant attorney, United States circuit court at St. Louis. He resigned this office in 1911 to become special assistant to the Attorney General of the United States, which office he resigned in 1912 to resume the practice of law in St. Louis, Missouri.

Newton was elected as a Republican to the Sixty-sixth and to the three succeeding Congresses (March 4, 1919 – March 3, 1927). He was not a candidate for renomination in 1926 to the Seventieth Congress. He was an unsuccessful candidate for election in 1934 to the Seventy-fourth Congress. He again resumed the practice of law in St. Louis, Missouri, and Washington, D.C.. He served as general counsel of the Mississippi Valley Association in 1928–1943. He died in Washington, D.C., on September 17, 1945. He was interred in Valhalla Mausoleum, St. Louis, Missouri.