For other uses, see Customs (disambiguation). 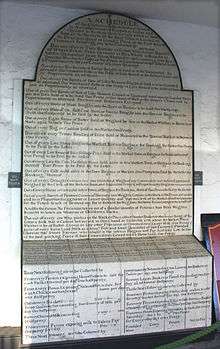 Customs, Tolls or Duties of the Corporation of Kinsale (1788) 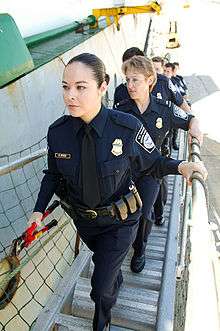 Officers from US Customs and Border Protection boarding a ship

Customs is an authority or agency in a country responsible for collecting tariffs and for controlling the flow of goods, including animals, transports, personal effects, and hazardous items, into and out of a country.[1] The movement of people into and out of a country is normally monitored by immigration authorities, under a variety of names and arrangements. The immigration authorities normally check for appropriate documentation, verify that a person is entitled to enter the country, apprehend people wanted by domestic or international arrest warrants, and impede the entry of people deemed dangerous to the country.

Each country has its own laws and regulations for the import and export of goods into and out of a country, which its customs authority enforces. The import or export of some goods may be restricted or forbidden.[2] In most countries, customs are attained through government agreements and international laws. A customs duty is a tariff or tax on the importation (usually) or exportation (unusually) of goods. Commercial goods not yet cleared through customs are held in a customs area, often called a bonded store, until processed. All authorized ports are recognized customs areas.

At airports, customs is the point of no return for all passengers, once a passenger has cleared customs, they cannot go back.

In many countries, customs procedures for arriving passengers at many international airports and some road crossings are separated into red and green channels.[3][4] Passengers with goods to declare (carrying goods above the permitted customs limits and/or carrying prohibited items) go through the red channel. Passengers with nothing to declare (carrying goods within the permitted customs limits and not carrying prohibited items) go through the green channel. However, entry into a particular channel constitutes a legal declaration, if a passenger going through the green channel is found to be carrying goods above the customs limits or prohibited items, he or she may be prosecuted for making a false declaration to customs, by virtue of having gone through the green channel. Each channel is a point of no return, once a passenger has entered a particular channel, they cannot go back.

Australia, Canada, New Zealand, and the United States do not officially operate a red and green channel system; however, some airports copy this layout.

Airports in EU countries such as Finland, Ireland or the United Kingdom, also have a blue channel. As the EU is a customs union, travellers between EU countries do not have to pay customs duties. Value-added tax and excise duties may be applicable if the goods are subsequently sold, but these are collected when the goods are sold, not at the border. Passengers arriving from other EU countries go through the blue channel, where they may still be subject to checks for prohibited or restricted goods. Luggage tickets for checked luggage travelling within the EU are green-edged so they may be identified.[5][6] In most EU member states, travellers coming from other EU countries can simply use the green lane.

All airports in the United Kingdom operate a channel system, however some don't have a red channel, they instead have a red point phone which serves the same purpose. 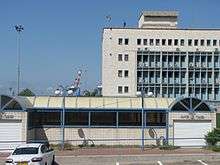 The Customs-and-duty House at the port of Haifa, Israel

Customs is part of one of the three basic functions of a government, namely: administration; maintenance of law, order, and justice; and collection of revenue. However, in a bid to mitigate corruption, many countries have partly privatised their customs. This has occurred by way of contracting pre-shipment inspection agencies, which examine the cargo and verify the declared value before importation occurs. The country's customs is obliged to accept the agency's report for the purpose of assessing duties and taxes at the port of entry.

While engaging a pre-shipment inspection agency may appear justified in a country with an inexperienced or inadequate customs establishment, the measure has not been able to plug the loophole and protect revenue. It has been found that evasion of customs duty escalated when pre-shipment agencies took over.[7] It has also been alleged that involvement of such agencies has caused shipping delays.[2] Privatization of customs has been viewed as a fatal remedy.[7]

The basic customs law is harmonized across Europe within the European Union Customs Union. This includes customs duties and restrictions. Customs tax from €22 to €150. In addition, see regulations of each member state.

For customs declarations in the EU and in Switzerland, Norway and Iceland, the " Single_administrative_document_sad_form_c88 " (SAD) is used as a basis.[8]

Customs may be very strict, especially for goods shipped from anywhere outside the EU. Up to €10 goods/package.

Customs in Italy takes additional 22% VAT (Value-added tax) for goods imported from outside the European Union even if the VAT is already paid to the origin country sender.

The United States imposes tariffs or "customs duties" on imports of goods: 3% on average.[9] The duty is levied at the time of import and is paid by the importer of record. Individuals arriving in the United States may be exempt from duty on a limited amount of purchases, and on goods temporarily imported (such as laptop computers) under the ATA Carnet system. Customs duties vary by country of origin and product, with duties ranging from zero to 81% of the value of the goods. Goods from many countries are exempt from duty under various trade agreements. Certain types of goods are exempt from duty regardless of source. Customs rules differ from other import restrictions. Failure to comply with customs rules can result in seizure of goods and civil and criminal penalties against involved parties. The U.S. Customs and Border Protection (CBP) enforces customs rules. All goods entering the United States are subject to inspection by CBP prior to legal entry.