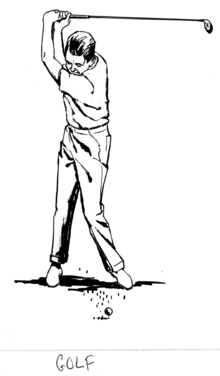 The European Golf Association, better known by the abbreviation EGA, is a European federation of national golf associations.

The EGA is in turn a member of the International Golf Federation (IGF), the world governing body for golf, and the corresponding organization in the United States is the United States Golf Association (USGA). The EGA is particularly responsible for harmonizing the calculation of handicap European amateur players. The non-profit organization used to be headquarters in Senningerberg, Luxembourg, but is now based in Lausanne, Switzerland.[1]

The EGA was founded at a meeting held in Luxembourg on November 20, 1937. It arranges and co-ordinating both amateur and professional tournaments and International Matches, and reviews European aspects of rules of golf and of amateur status as defined by Royal & Ancient (R & A). The Association is concerned only with international issues. Membership is reserved for national European golf associations, federations or unions.[2]

The EGA is currently composed of 47 member countries and is governed by the following committees:

The purpose of the system is to calculate the correct game handicaps into account the relative difficulty of the course played, in a uniform and equitable manner throughout Europe. The "EGA Handicap System", is not directly applicable to the players, but adapted by each national federation.

The EGA organizes a range of amateur events.[4]