This article is about Ezra Stiles. For other uses, see Ezra Stiles (disambiguation). 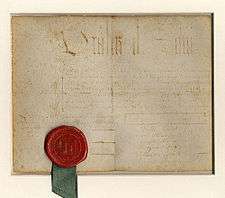 Born the son of the Rev. Isaac Stiles in North Haven, Connecticut,and Kezia Taylor 1702-1727.(Find a grave) Ezra Stiles graduated from Yale in 1746. He studied theology and was ordained in 1749, tutoring at Yale from that year until 1755. He resigned from the ministry in 1753 to study law and practice at New Haven, but returned to the cloth two years later. Historians Helen A. Lane and Marion B. Walkden report that he was the first minister of the Dighton Community Church in Massachusetts. They state:

Ezra Stiles, first settled minister of the church, was later made president of Yale College. Driven out by the British in 1777, he arrived in Dighton with his family and several of his former Newport congregation. Among them was William Ellery, singer (sic) of the Declaration of Independence. Ezra as minister of the half finished church at Lower Four Corners was paid about three hundred dollars, house, and wood. While minister of the Dighton Church, Ezra Stiles received on July 13th a copy of the Declaration of Independence to be read to the congregation. It was brought to him by Mr. Channing, father of the famous preachers. Among Rev. Stiles’ many friends were Benjamin Franklin, Robert J. Payne, General Stark, John Adams, President Langdon of Harvard, and many leaders of the Revolutionary War period."[4]

In 1784, Stiles was elected an honorary member of the Society of the Cincinnati of Connecticut, one of the first so honored, for his ardent support of the Patriot cause.

Trinity Church, the Anglican Church in Newport, Rhode Island, asked him to become its minister, but he turned the offer down. Instead, in 1755, he became pastor of the Second Congregational Church, also in Newport, where he also served as Librarian of the Redwood Library and Athenaeum. He kept an informative diary of his life and distinguished acquaintances in Newport, including his association with Aaron Lopez. Newport's Ezra Stiles House is on the National Historic Register.

From time to time, Stiles invested with the merchants and sea captains of his congregation; in 1756, he sent a hogshead of rum along on a voyage to Africa and was repaid with a 10-year-old male slave, whom he renamed "Newport". Around the same time, he wrote a joint letter with fellow Newport minister Samuel Hopkins condemning "the great inhumanity and cruelty" of slavery in the United States.[5] 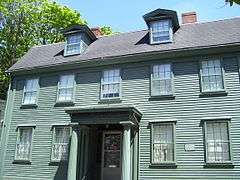 In 1764, Stiles helped establish the College in the English Colony of Rhode Island and Providence Plantations (the original name for Brown University) by contributing to the drafting of its charter and by serving with 35 others—including Stephen Hopkins, William Ellery, Samuel Ward, the Reverend John Gano, the Reverend Isaac Backus, the Reverend Samuel Stillman, and the Reverend James Manning—as a founding fellow or trustee.[6]

Stiles struck up a close friendship with Rabbi Haim Isaac Carigal during the latter's six-month residence in Newport in 1773. Stiles' records note 28 meetings to discuss a wide variety of topics from Kabbalah to the politics of the Holy Land. Stiles improved his rudimentary knowledge of Hebrew, to the point where he and Carigal corresponded by mail in the language.

Stiles' knowledge of Hebrew also enabled him to translate large portions of the Hebrew Old Testament into English. Stiles believed, as did many Christian scholars of the time, that facility with the text in its original language was advantageous for proper interpretation. 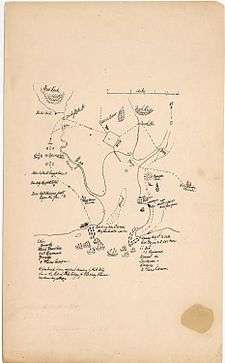 When British troops arrived in Newport in late 1776, Stiles left. He became pastor of the Congregational Church at Portsmouth, New Hampshire, in 1777. 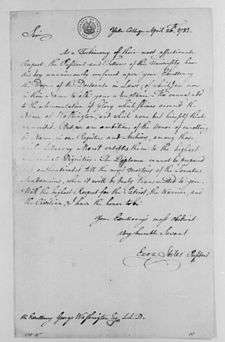 Letter from Stiles to George Washington announcing the awarding of an Honorary degree to Washington by President and Fellows of Yale College, 1781

In 1778, he was appointed president of Yale, a post he held until his death. Stiles freed Newport on June 9, 1778, as he prepared to move to New Haven; he would in 1782 hire his former slave for $20 a year and the indenturing of Newport's two-year-old son until age 24.[5] As president of Yale, Stiles became its first professor of Semitics, and required all students to study Hebrew (as Harvard students already did); his first commencement address in September 1781 (no ceremonies having been held during the American Revolutionary War) was delivered in Hebrew, Aramaic, and Arabic. By 1790, however, he was forced to face failure in instilling an interest in the language in the student body, writing

"From my first accession to the Presidency ... I have obliged all the Freshmen to study Hebrew. This has proved very disagreeable to a Number of the Students. This year I have determined to instruct only those who offer themselves voluntarily."

The valedictorians of 1785 and 1792, however, did deliver their speeches in Hebrew.

Stiles was an amateur scientist who corresponded with Thomas Jefferson and Benjamin Franklin about scientific discoveries. Using equipment donated to the college by Franklin, Stiles conducted the first electrical experiments in New England. He was elected a Fellow of the American Academy of Arts and Sciences in 1781.[7]

His book The United States elevated to Glory and Honor was printed in 1783.[8] 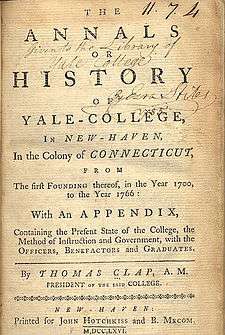 Frontispiece, The Annals or History of Yale College in New Haven, in the Colony of Connecticut, by Yale President Thomas Clap, 1766. Volume carries notation: "Given to the Library of Yale College by Ezra Stiles 1785."

Yale's legacy from this interest of Stiles' includes a portrait of Carigal by artist Samuel King. The idea that the Hebrew words "Urim" and "Thummim" (אורים ותמים) on the Yale seal are there because of Ezra Stiles is a false myth. Indeed, the Hebrew on the Yale seal appears on Stiles' own master's degree diploma from Yale in 1749, decades before he became president of Yale College.[9]

In 1961, Yale named a new residential college in his honor: Ezra Stiles College, noted for its Eero Saarinen design, particularly the building's lack of right angles between walls. The college's mascot is the moose, inspired by the installation in the dining hall of a stuffed moose head in honor of former college master and Yale president A. Bartlett Giamatti. Adjacent to Ezra Stiles College is its near architectural twin, Morse College, named for Samuel F.B. Morse.

Stiles married twice (Elizabeth Hubbard and Mary Checkley Cranston) and had eight children. Stiles' son Ezra Stiles, Esq., was educated first at Yale College, then at Harvard College, where he studied law, graduating in 1778. Ezra Stiles, Jr., subsequently settled in Vermont, and served to establish the boundaries between Vermont and New Hampshire. He died prematurely at Chowan County, North Carolina, on Aug. 22, 1784, and his two daughters by his wife Sylvia (Avery) Stiles of Vermont (and formerly of Norwich, Connecticut) had their uncle Jonathan Leavitt appointed their guardian.[10]

His daughter Emilia married Judge and State Senator Jonathan Leavitt of Greenfield, Massachusetts. His daughter Mary married, in 1790, Abiel Holmes, a Congregational clergyman and historian and a 1783 graduate of Yale College. By the second marriage to Sarah Wendell, Abiel was the father of Oliver Wendell Holmes, Sr.