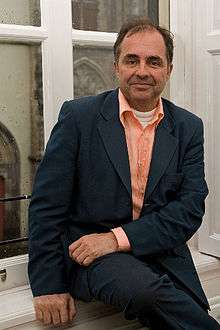 Frits van Oostrom (born, May 15, 1953), born in Utrecht, Netherlands, is University Professor for the Humanities at the Utrecht University. In 1999 he was a visiting Professor at Harvard for the Erasmus Chair. From September 2004 to June 2005, he was a fellow of the Netherlands Institute for Advanced Study (NIAS). He was awarded the Spinozapremie in 1995.[1] In May, 2005 he became President of the Royal Netherlands Academy of Arts and Sciences (KNAW) for a three-year period. He had been member of the same institution since 1994.[2]

In the later years Van Oostrom was given the task to assemble a Dutch Canon, meaning: what everyone should know of the Netherlands and its history.