Fulbourn is a village in Cambridgeshire, England. The term for a resident of the village is "Fulbourner".

Fulbourn lies about five miles (8 km) south-east of the centre of Cambridge, separated from the outer city boundary by farmland and the grounds of Fulbourn Hospital. The village itself is fairly compact and roughly in the centre of the administrative parish. North and East of the village the land is flat, drained fen; to the south and south-West the Gog Magog Hills rise to over 200 feet (61 m). Outside the residential area the land is open farmland, with relatively few trees. There is a wooded area including a Nature Reserve (Fulbourn Fen) to the east in the Manor grounds. The village is set within the Cambridge Green Belt. The traditional parish boundaries follow the line of a Roman road and the Icknield Way to the south-west and south-east, Fleam Dyke— an ancient defensive earthwork— to the East and the tributaries of Quy Water that drain to the River Cam. The parish extends some 5 miles (8 km) north to south and 4 miles (6 km) east to west.

Most of the population live within a half-mile square in the main village. The main settlement around the Parish Church of Saint Vigor has extended in post-war years west towards Cambridge and north in a narrow ribbon of development towards the former station on the Ipswich to Ely Line (Cambridge branch). There has been substantial housing estate development, both local authority and private, particularly south-west and south of the centre. The civil parish contains additional housing located on the edge of Cherry Hinton, which itself falls within the Cambridge City boundary.

Since World War II most residents in employment have worked outside the village, in Cambridge or elsewhere. Many find work at the close-by Addenbrookes Hospital. Within the village itself there is employment in small industrial areas close to the former railway station and elsewhere to the north of the village. There are also professional offices in the former rectory and pumping station and a developing business park in redundant hospital buildings and in new buildings close by. Others are employed in service industries such as retail, and in education. Agriculture, though still important in terms of land use, only employs a small number of people.

The village's business park is joined by the Capital Park on the site of the old hospital, which has many tens of thousands of square feet of office space. These parks enhance the area's business environment beyond what was started by the creation of the Science parks which date from the 1980s and 1990s.

In the High Street there are a number of shops including a Co-op supermarket which offers also a cash point and postal services since the closure of the village Post Office in 2012, a butcher selling own-flock and local produce, a greengrocer selling produce from New Covent Garden Market and flowers, an estate agents, a chemist, a children second-hand shop, a used-car dealer, an antiques shop, a cappuccino bar, a beauty salon, a Chinese take-away and a kebab shop, as well as "Twelve", the church office/meeting-room. Also, the florist which closed down in 2013 has now been refurbished into a second hand clothes store. In addition, there is a Tesco superstore within the parish close to the hospital site. Along with the Fulbourn Community Centre (attached to the Townley Memorial Hall), perhaps the most important social centre in the village is The Six Bells pub, now owned by the White family and housed in a building that dates from the 15th century. Being historically "the last coaching stop on the way to Newmarket", Fulbourn at one time had over twenty public houses; there are now just three; the Six Bells in the High Street, The White Hart on Balsham Road, and the Baker's Arms on the corner of Teversham Road.

The Cambridge Cat Clinic operates from Coxes Drove, off Cow Lane, delivering veterinary care to cats from the Cambridge area.

Banks Grain own and operate a large grain and rice silo adjacent to the railway line.

Victoria House at the Capital Park, housing the Faculty of Health and Social Care of Anglia Ruskin University in July 2013

Fulbourn Hospital was built as an asylum in the mid-19th century between the village and Cherry Hinton. Until recently the main Victorian building was used as a psychiatric hospital, while the 1960s Kent House to the west was built for acute mental health patients and the Ida Darwin Hospital to the east was developed for the mentally handicapped. The main buildings have now been transformed into a Business Park although some acute facilities remain. From 540 patients at the hospitals in 1981 the number has been considerably reduced, with many ex-patients being moved into the community. The East of England Strategic Health Authority's offices are on the Business Park.

For everyday healthcare there is a health centre in the village with a single practice, though this is based at premises on the edge of Cambridge; there is also a chiropodist in the village.

The village has a well-appointed recreation ground adjacent to which is the newly refurbished Townley Memorial village hall, which now includes meeting rooms, a small indoor sports hall, a venue for sports and social clubs.

There are a community centre and a village hall on separate sites, the hall being adjacent to the extensive recreation ground. There is a retirement home, Home Close, in the village: the Rector currently sits on the Residents' Committee, visits the home regularly and conducts services there.

There is a thriving amateur dramatics society in the village, St John's Players. 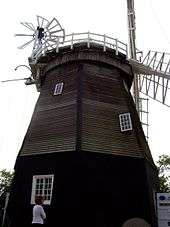 Fulbourn Primary School, close to the village centre, has about 270 pupils and has recently had a successful Ofsted inspection. The Rector attends assemblies at the school throughout the term, alternating with the Minister of the United Reformed Church. Secondary schooling for most children is at the Village College in Bottisham 5 miles (8 km) to the north, though many parents choose to send their children to schools in Cambridge. The Steiner school is now on the site of the old Windmill school; on the same site there is a hydrotherapy pool. Pre-School children are also well catered for in the village with Fulbourn Pre-School (co-located with the Primary School), and Domino Nursery School (in the United Reformed Church hall). Anglia Ruskin University also has a campus situated within the Capital Park. Facilities include: clinical skill facilities, a library, a computer room, a student common room and a canteen.

The library [3] which was re-opened by volunteers in November 2003, having been closed by the County Council in October 2003, was moved from the Old School to the current location in the new development, The Swifts in 2009. It is still supported by Cambridgeshire County Council Library Service which supports the transfer of books and 3 computers, plus IT support. Wi-Fi also available. Anyone with a Cambridgeshire Library card can use the library and request books from any other Cambridgeshire library. The Library relies on donated books to renew its stock since the recent cuts and the generous community keeps up a steady supply.

Proposals for significant additional housing to the north of the village after 2016 included in the current Structure Plan review have been vigorously fought by the Parish and District Councils. The Panel which conducted an examination into the review have recommended that these proposals be dropped. It is expected, however, whatever the outcome, some additional housing will occur within or on the edge of the village in the next 10 years or so. Apart from the developing Business Park already mentioned there are no current proposals for major additional employment opportunities in Fulbourn.