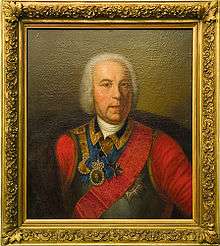 During the Grand Embassy of Peter I in 1697 Franz Lefort invited him to join the Russian Imperial army. During the Great Northern War, Gennin excelled as an artillerist and fortification engineer. In 1728, he was promoted Lieutenant-General.

At first Gennin managed the iron founderies of Olonets. He is considered one of the founders of Petrozavodsk. In 1722, he moved to the Ural, where he served for 12 years as a manager of Ural government factories. Together with Vasily Tatischev, he was active in the foundation of the cities of Yekaterinburg and Perm.

Gennin was the author of the book "Description of Ural and Siberian factories", where for the first time he gives the geographical and historical description of the Perm Krai, including the Yagoshikhinskiy, Pyskorskiy and Suksunstiy factories with drawings.