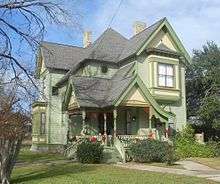 The G.F. Burgess House was built by the congressman at 803 St. Lawrence Street, Gonzales, Texas in 1899. 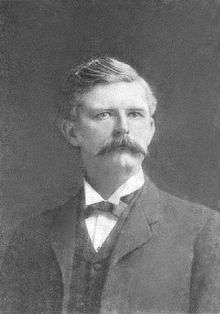 Born in Wharton, Texas, Burgess attended the common schools. He moved with his mother to Fayette County in 1880 and engaged in agricultural pursuits near Flatonia. He was later employed as a clerk in a country store. He studied law. He was admitted to the bar in 1882 and commenced practice in La Grange, Texas. He moved to Gonzales in 1884. He served as prosecuting attorney of Gonzales County from 1886 to 1889, when he resigned.

Burgess was elected as a Democrat to the Fifty-seventh and to the seven succeeding Congresses (March 4, 1901 – March 3, 1917). He was an unsuccessful candidate for the Democratic nomination of United States Senator in 1916. He resumed the practice of law at Gonzales, Texas, where he died December 31, 1919. He was interred in the Masonic Cemetery.