Henri René Albert Guy de Maupassant (/ˈmoʊpəˌsɑːnt/;[1] French: [ɡid(ə) mopasɑ̃]; 5 August 1850 – 6 July 1893) was a French writer, remembered as a master of the short story form, and as a representative of the naturalist school of writers, who depicted human lives and destinies and social forces in disillusioned and often pessimistic terms.

Maupassant was a protégé of Flaubert and his stories are characterized by economy of style and efficient, effortless dénouements (outcomes). Many are set during the Franco-Prussian War of the 1870s, describing the futility of war and the innocent civilians who, caught up in events beyond their control, are permanently changed by their experiences. He wrote some 300 short stories, six novels, three travel books, and one volume of verse. His first published story, "Boule de Suif" ("Ball of Fat", 1880), is often considered his masterpiece. 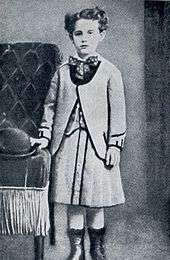 Henri-René-Albert-Guy de Maupassant was born 5 August 1850 at the Château de Miromesnil (Castle Miromesnil, near Dieppe in the Seine-Inférieure (now Seine-Maritime) department in France. He was the first son of Laure Le Poittevin and Gustave de Maupassant, both from prosperous bourgeois families. When Maupassant was 11 and his brother Hervé was five, his mother, an independent-minded woman, risked social disgrace to obtain a legal separation from her husband.

After the separation, Laure Le Poittevin kept her two sons. With the father's absence, Maupassant's mother became the most influential figure in the young boy's life.[2] She was an exceptionally well-read woman and was very fond of classical literature, particularly Shakespeare. Until the age of thirteen, Guy happily lived with his mother, at Étretat, in the Villa des Verguies, where, between the sea and the luxuriant countryside, he grew very fond of fishing and outdoor activities. At age thirteen, his mother next placed her two sons as day boarders in a private school, the Institution Leroy-Petit, in Rouen—the Institution Robineau of Maupassant's story La Question du Latin—for classical studies.[3] From his early education he retained a marked hostility to religion, and to judge from verses composed around this time he deplored the ecclesiastical atmosphere, its ritual and discipline.[4] Finding the place to be unbearable, he finally got himself expelled in his next-to-last year.[5]

In 1867, as he entered junior high school, Maupassant made acquaintance with Gustave Flaubert at Croisset at the insistence of his mother.[6] Next year, in autumn, he was sent to the Lycée Pierre-Corneille in Rouen[7] where he proved a good scholar indulging in poetry and taking a prominent part in theatricals. In October 1868, at the age of 18, he saved the famous poet Algernon Charles Swinburne from drowning off the coast of Étretat.[8]

The Franco-Prussian War broke out soon after his graduation from college in 1870; he enlisted as a volunteer. In 1871, he left Normandy and moved to Paris where he spent ten years as a clerk in the Navy Department. During this time his only recreation and relaxation was boating on the Seine on Sundays and holidays.

Gustave Flaubert took him under his protection and acted as a kind of literary guardian to him, guiding his debut in journalism and literature. At Flaubert's home, he met Émile Zola and the Russian novelist Ivan Turgenev, as well as many of the proponents of the realist and naturalist schools. He wrote and played himself in a comedy in 1875 (with the benediction of Flaubert), "À la feuille de rose, maison turque".

In 1878, he was transferred to the Ministry of Public Instruction and became a contributing editor to several leading newspapers such as Le Figaro, Gil Blas, Le Gaulois and l'Écho de Paris. He devoted his spare time to writing novels and short stories.

In 1880 he published what is considered his first masterpiece, "Boule de Suif", which met with instant and tremendous success. Flaubert characterized it as "a masterpiece that will endure." This was Maupassant's first piece of short fiction set during the Franco-Prussian War, and was followed by short stories such as "Deux Amis", "Mother Savage", and "Mademoiselle Fifi".

The decade from 1880 to 1891 was the most fertile period of Maupassant's life. Made famous by his first short story, he worked methodically and produced two or sometimes four volumes annually. His talent and practical business sense made him wealthy.

In 1881 he published his first volume of short stories under the title of La Maison Tellier; it reached its twelfth edition within two years. In 1883 he finished his first novel, Une Vie (translated into English as A Woman's Life), 25,000 copies of which were sold in less than a year. His second novel Bel Ami, which came out in 1885, had thirty-seven printings in four months. 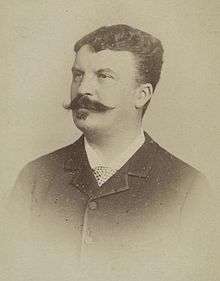 His editor, Havard, commissioned him to write more stories, and Maupassant continued to produce them efficiently and frequently. At this time he wrote what many consider to be his greatest novel, Pierre et Jean.

With a natural aversion to society, he loved retirement, solitude, and meditation. He traveled extensively in Algeria, Italy, England, Brittany, Sicily, Auvergne, and from each voyage brought back a new volume. He cruised on his private yacht Bel-Ami, named after his novel. This life did not prevent him from making friends among the literary celebrities of his day: Alexandre Dumas, fils had a paternal affection for him; at Aix-les-Bains he met Hippolyte Taine and became devoted to the philosopher-historian.

Flaubert continued to act as his literary godfather. His friendship with the Goncourts was of short duration; his frank and practical nature reacted against the ambiance of gossip, scandal, duplicity, and invidious criticism that the two brothers had created around them in the guise of an 18th-century style salon.

Maupassant was one of a fair number of 19th-century Parisians (including Charles Gounod, Alexandre Dumas, fils, and Charles Garnier) who did not care for the Eiffel Tower.[9] He often ate lunch in the restaurant at its base, not out of preference for the food but because it was only there that he could avoid seeing its otherwise unavoidable profile.[10] He and forty-six other Parisian literary and artistic notables attached their names to an elaborately irate letter of protest against the tower's construction, written to the Minister of Public Works.[11]

Maupassant also wrote under several pseudonyms such as Joseph Prunier, Guy de Valmont, and Maufrigneuse (which he used from 1881 to 1885).

In his later years he developed a constant desire for solitude, an obsession for self-preservation, and a fear of death and paranoia of persecution caused by the syphilis he had contracted in his youth. On 2 January 1892, Maupassant tried to commit suicide by cutting his throat, and was committed to the private asylum of Esprit Blanche at Passy, in Paris, where he died 6 July 1893.

Guy De Maupassant penned his own epitaph: "I have coveted everything and taken pleasure in nothing." He is buried in Section 26 of the Montparnasse Cemetery, Paris.

Maupassant is considered one of the fathers of the modern short story. He delighted in clever plotting, and served as a model for Somerset Maugham and O. Henry in this respect. One of his famous short stories, "The Necklace", was imitated with a twist by both Maugham ("Mr Know-All", "A String of Beads") and Henry James ("Paste").

Taking his cue from Balzac, Maupassant wrote comfortably in both the high-Realist and fantastic modes; stories and novels such as "L'Héritage" and Bel-Ami aim to recreate Third Republic France in a realistic way, whereas many of the short stories (notably "Le Horla" and "Qui sait?") describe apparently supernatural phenomena.

The supernatural in Maupassant, however, is often implicitly a symptom of the protagonists' troubled minds; Maupassant was fascinated by the burgeoning discipline of psychiatry, and attended the public lectures of Jean-Martin Charcot between 1885 and 1886.[12]

Leo Tolstoy used Maupassant as the subject for one of his essays on art: The Works of Guy de Maupassant. His stories are only second to Shakespeare in their inspiration of movie adaptations with films ranging from Stagecoach, Citizen Kane, Oyuki the Virgin and Masculine Feminine.[13]

Friedrich Nietzsche's autobiography mentions him in the following text:

"I cannot at all conceive in which century of history one could haul together such inquisitive and at the same time delicate psychologists as one can in contemporary Paris: I can name as a sample – for their number is by no means small, ... or to pick out one of the stronger race, a genuine Latin to whom I am particularly attached, Guy de Maupassant."

Gene Roddenberry, in an early draft for the The Questor Tapes, wrote a scene in which the android Questor employs Maupassant's theory that, "the human female will open her mind to a man to whom she has opened other channels of communications." In the script Questor copulates with a woman to obtain information that she is reluctant to impart. Due to complaints from NBC executives, this part of the script was never filmed.[14]