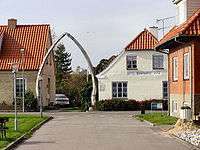 The Whale Jaws, landmark of Hals 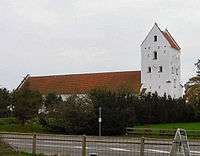 Hals Municipality ceased to exist on January 1, 2007, due to Kommunalreformen It was located in North Jutland County. The municipality covered an area of 191 km², and had a total population of 11,448 (2005). Its last mayor was Bent Sørensen, a member of the Social Democrats (Socialdemokraterne) political party. Though Hals was the biggest town, the site of its municipal council was the town of Gandrup since the location was more central. Other towns in Hals Municipality were Vester Hassing, Ulsted and Hou and some minor villages Stae, Øster Hassing, Holtet, Gåser and Ålebæk.

This article is issued from Wikipedia - version of the 2/26/2013. The text is available under the Creative Commons Attribution/Share Alike but additional terms may apply for the media files.