Born in Bielefeld, Germany, Margenau obtained his bachelor's degree from Midland Lutheran College, Nebraska before his M.Sc. from the University of Nebraska in 1926, and PhD from Yale University in 1929.

Margenau worked on the theory of microwaves and the development of duplexing systems that enabled a single radar antenna both to transmit and receive signals. He also worked on spectral line broadening, a technique used to analyse and review the dynamics of the atomic bombing of Hiroshima.

Philosophy and history of science

Margenau wrote extensively on science, his works including: Ethics and Science, The Nature of Physical Reality, Quantum Mechanics and Integrative Principles of Modern Thought.

In 1968, Margenau was invited to give the Wimmer Lecture at St. Vincent College in Latrobe, Pennsylvania. His topic was Scientific Indeterminism and Human Freedom. Margenau embraced indeterminism as the first step toward a solution of the problem of human freedom.[2]

Then in 1982, Margenau called his two-stage model of free will a "solution" to what had heretofore had been seen as mere "paradox and illusion."[3] He very neatly separates "free" and "will" in a temporal sequence, as William James had done, naming the two stages simply "chance" followed by "choice."

"Our thesis is that quantum mechanics leaves our body, our brain, at any moment in a state with numerous (because of its complexity we might say innumerable) possible futures, each with a predetermined probability. Freedom involves two components: chance (existence of a genuine set of alternatives) and choice. Quantum mechanics provides the chance, and we shall argue that only the mind can make the choice by selecting (not energetically enforcing) among the possible future courses." [4]

Margenau served on a commission of the World Council of Churches in developing an ecumenical position on nuclear weapons and atomic warfare. However, his book The Miracle of Existence (Ox Bow Press, 1984) shows Margenau's broad interests not only in Christianity, but also in Eastern religions and his fascination with finding connections among different religious and philosophical traditions.

Margenau was appointed Eugene Higgins Professor of Physics and Natural Philosophy as Yale in 1950, a post he was to hold until his retirement from formal academic life in 1986. He also became a staff member at both the Institute for Advanced Study, Princeton and the MIT Radiation Laboratory. During his working career, he acted as consultant to the U.S. Air Force, the U.S. National Bureau of Standards, Argonne National Laboratory, Rand Corporation, General Electric Co. and Lockheed.

He was married to Liesel Noe and the couple parented two sons and a daughter. Margenau died in Hamden, Connecticut. 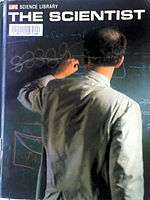 This book and Margenau each receive a mention in a December 28, 1992 Time magazine article: Galileo And Other Faithful Scientists