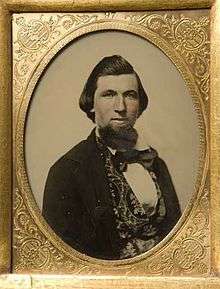 Henry Poehler, (August 22, 1833 – July 18, 1912, was Representative from Minnesota; born in Hiddesen, Lippe-Detmold, Germany (now a part of Detmold); attended his father’s academy; immigrated to the United States in April 1848 and settled in Burlington, Iowa, where he attended the public schools; moved to St. Paul, Minnesota, in 1853 and to Henderson, Sibley County, Minnesota, in 1854; engaged in general merchandising and as a grain merchant; appointed postmaster at Henderson, Minnesota, February 25, 1856, and served until April 12, 1861; served in the state house of representatives in 1857, 1858, and 1865; county commissioner of Sibley County and chairman of the board from January 1865 to January 1868; member of the state senate in 1872 and 1873 and again in 1876 and 1877; elected as a Democrat to the Forty-sixth Congress (March 4, 1879 – March 3, 1881); unsuccessful candidate for reelection in 1880 to the Forty-seventh Congress; unsuccessful candidate for Minnesota State Treasurer; served as mayor of Henderson for several terms; moved to Minneapolis in 1889 and engaged in the general merchandise and grain business; moved to Los Angeles, California, in 1895; died in Henderson, Minnesota, while on a visit; interment in Major James R. Browne’s Cemetery.